Netflix and Showtime get a tip of the hat for serving up a couple of fantastic TV series this spring, featuring everyone’s favorite city, Tinseltown.

“Hollywood”, available in its entirety on Netflix, and “Penny Dreadful: City of Angels”, available in weekly installments as of this writing, are two highly-entertaining, well-crafted period pieces that any lover of mid-20th century pop culture will thoroughly enjoy.

“Penny Dreadful: City of Angels” is a masterpiece of Film Noir (even though it’s in color), exploring the darkest of darkness that any man or woman could possess. As the title suggests, it’s a spin-off from Showtime’s very popular series “Penny Dreadful”, which featured Eva Green and Timothy Dalton among its incredible cast, dealing with such 19th century creatures as vampires, Dr. Frankenstein’s monster, witches and more. 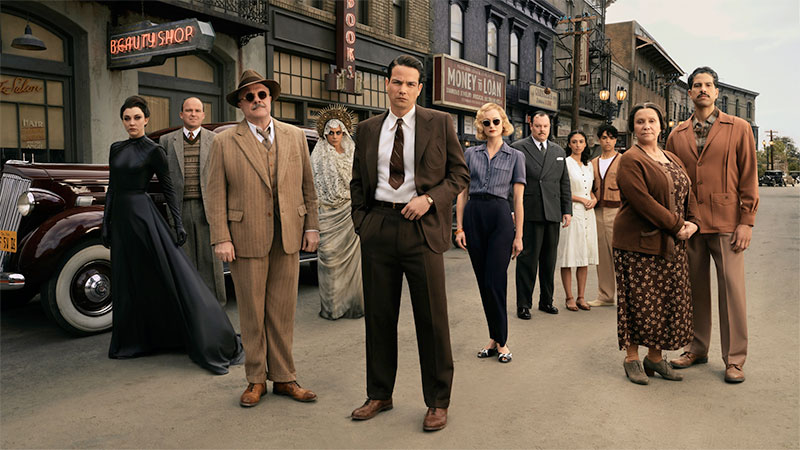 PDCA follows in the same vein, though we’re now in 1938 Los Angeles dealing with murder, Latino-American racism, pre-war Nazi infiltration and of course, a heavy dose of the supernatural. Although it’s an ensemble show, Nathan Lane steals every scene he’s in as the hard-boiled, tired-but-still-fighting detective, while Natalie Dormer wows like crazy as she plays Magda, a demon who takes on several rolls to cause chaos among men. There are familiar references to the history of L.A., including city and police corruption, Pachuco gang members, Zoot Suiters and the Zoot Suit Riots, Nazis trying to infiltrate American government before WWII, and the building boom that led to the now-famous highways that cut through the city. (Side note: While researching this I found out it’s actually still illegal to wear a Zoot Suit in Los Angels. So much for land of the free…)

With a fantastic cast, great writing, cool cars and excellent period-correct music, this spin-back to 1938 is worth binging. 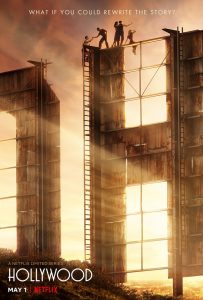 If “City of Angels” is the zenith of Noir darkness, “Hollywood” must be its polar opposite. A bright, crisp, extremely fun show with an incredible cast, this drama pulls out all the stops to create a true Hollywood movie-like experience, complete with the perfect formula of laughs, tears, expectations and surprises. It’s a fantasy that takes place in late-1940s Los Angeles, a time when movie studios were cranking out films with C-note budgets on 3-day shooting schedules using contract actors to save time and costs. The story starts out featuring several individual characters who eventually come together for something totally unheard of in 1947: A movie that is written, directed by, and stars minorities of all kinds, with a real budget and blockbuster attention to detail. I don’t want to give a lot away here, but I’ll tell you this: It works, and it works great. With Laura Harrier and David Corenswet as “the stars”, the show features such veteran stars as Patti LuPone, Joe Mantello, and Rob Reiner, along with slightly less veterans like Dillon McDermott, Jim Parsons, and Mira Sorvino. The show is basically about a group of people who were forced to work in the shadows, not allowed to be who they truly were and not given opportunities or credit based on their skin color or sexual preferences. But it’s so much more than that, using the “movie within a movie” concept to emphasize the point of each scene. Add to that some fantastic locations (including Musso and Frank, which still looks like it did back then), incredible cars, and perfectly-chosen songs from the era, and again you’ve got a show that will having you screaming for more.

These shows take us back in time, at least for a little while, to the days before the atomic age, before Exotica music and Googie architecture, before TV and drive-in diners, to the roots of what made mid-century culture what we remember today. Check them out, I think you’ll dig them.