A lot of people have commented on the music I listen to. They’d like to know more about it, how to get hip to the groovin’ scene, but just don’t know where to launch from. So here’s a few riffs to set your minds straight. Dig what I’m laying on you, and you’ll be listening to the crème de la crème of the Jazz giants in no time. At the end, I’ll give you a list of songs and artists to get you rolling.

I’m not going to pretend to be an authority on the realm of Jazz. This realm is so vast and so out there, it would take a lifetime to lay it all down. So here’s just the head arrangement of the scene, for you kats that want to knock off some great tunes without sitting though a music history course.

Modern/Traditional Jazz:
This is the stuff the Beatniks dig, the riffs the cool kats and kitties sit back and groove to in smoky basement bars and loft studio apartments. Some of it is way out there, and only the keenest of aficionados can really dig it. But most of it is smooth and easy, sophisticated yet fun. These are the tunes you hear at fancy restaurants and cocktail parties. The basic band setup is usually a rhythm section of piano, upright bass, and drums, along with a tenor or alto sax, trumpet, trombone, or any combination thereof. Soprano sax, guitar, and Hammond organ find their way into these combos pretty often too. This is great stuff to hear live, but holds up just as well as background for a swanky party or romantic evening. These tones started in the 50’s, and have stood the test of time…still played today, musicians still always have something new and exciting to contribute to the same style and tunes ’been played for over 50 years.

Bebop:
A lot harder edged than Traditional Jazz, Bebop was in a way the Rock ‘n Roll of the 40’s. It grew out of the very structured and somewhat less sophisticated arrangements of the Big Band era, and was a rebellion as well as an artistic explosion. Small groups, usually a few horns and a rhythm sections, played complicated riffs (often at very high velocity) before sweeping into chorus after chorus of improvised solos with extreme virtuosity. Some of it makes great background music to play along side more subtle, Traditional Jazz, and you’re friends will be impressed that you listen to such high-end stuff. Just mention Charlie Parker and anyone who even heard the word “Jazz” will fall at your feet. In my opinion (and I think it counts because I’m a Jazz sax player myself) this music is much more fun to see and hear in person than it is to hear on a record, but since none of us are ever going to see Miles and Bird play together again in person, thank God we’ve got the recordings.

Swing:
The music of the Big Band era, swing can be anything from 3 piece combos to 40 piece orchestras playing a laid back Jazz with a distinctively retro feel.

Started around the mid 1930’s by bands like Benny Goodman, Chick Web and Tommy Dorsey, these bands built on what established bands such as Duke Ellington and Jimmy Lunsford had been doing for years. Heavy drums, piano and bass basically playing  four bar blues riffs with accent on the second and fourth beat made the music drive hard, yet easy to dance too. This combination proved a great foundation for the popular music to dominate the 30’s and 40’s. Benny Goodman kicked off his nation-wide popularity with his famous Carnegie Hall concert, and Glenn Miller drove it home with “Chattanooga Choo Choo” winning the first ever Gold Record for selling one million copies. His “Moonlight Serenade” and “In the Mood” have become the quintessential Big Band themes, still widely recognized today. These days, bands like the Cherry Poppin’ Daddies, Royal Crown Revue, LaVay Smith, Squirrel Nut Zippers, and the band who started the resurgence, Brian Setzer’s Orchestra, keep the spirit alive. 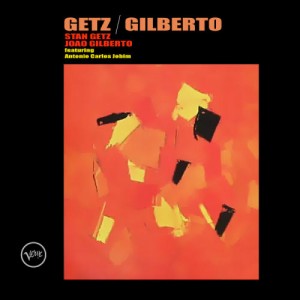 Latin Jazz:
This is a broad area of music, encompassing several different styles that have one thing in common: They originated south of the US. There are the Afro-Cuban rhythms and old time Cha Chas. Laid back Mexican guitar and horn styles. Rumbas, Sambas, Meringue…the list goes on. Perhaps the South American music most closely associated with Jazz, however, is Bosa Nova.

Developed by a handful of young musicians in Brazil during the 1940s, Bosa Nova, or ‘New Beat’, broke off from traditional Latino music, incorporating American Jazz harmonies and structure with Latin rhythms and lyrics. Antonio Carlos Jobim was one of these first pioneers, and became famous first in his own country, then around the world writing songs such as “Desafinado” (Slightly Out Of Tune), Wave, “Corcovado” (Quiet Nights) and the timeless “The Girl from Ipanema” . The style was both smooth and sophisticated, mellow yet powerful. When he and fellow Bosa Nova pioneer João Gilberto got together in 1961 with American tenor saxophonist Stan Getz, magic happened. Those recordings are still considered some of the best ever laid down on wax.

The List:
A retro cocktail party, Tiki Bar get together or just a romantic evening at home isn’t right without the right tracks. Here’s a list of songs, artists and albums to get you in the groove.

UPDATE: As I wrote this article before Spotify or Pandora were invented, below includes links to buy albums/CDs. I believe ALL of this music can now be found on streaming services, and in the 11 years since I first laid down these riffs, many of these recordings have been re-engineered and sound better than ever before. I think what blew my mind the most was hearing Glenn Miller recordings from the late 1930s and early ’40s that, for my entire life, were a little scratchy and “thin”, cleaned up and sounding like they were recorded yesterday. I wonder what the future will bring us?

Getz/Gilberto
http://en.wikipedia.org/wiki/Getz/Gilberto
1964 Album with Stan Getz on Tenor Sax, songs by Antonio Carlos Jobim, João Gilberto on guitar and vocals, Astrud Gilberto on vocals.
Tracks include The Girl From Ipanema, Corcovado, So Danco Samba, and Desafinado

Charlie Parker
http://www.cmgww.com/music/parker/
The Essential Charlie Parker
http://www.amazon.com/Essential-Charlie-Parker/dp/B000001E03
A lot of people have it all wrong about Charlie Parker. He played some wild, ahead-of-his-time stuff, but he also had to eat…so he played a good amount of mainstream jazz and some commercially-driven tracks, adding his own incredible style. With standards like Star Eyes, Loverman and April in Paris, this is great start to your Parker collection.

Count Basie
http://www.countbasie.com/
It’s not really easy to find the Count’s best stuff in one album. He’s done so many great recordings…you want to look for April in Paris, Shiny Stockings, Corner Pocket, Lil Darlin, Moten Swing and One O’clock Jump. Everything else will fall into place. You also might enjoy Sinatra at the Sands, where Frank sings with the legendary Basie orchestra in 1966. http://www.amazon.com/Sinatra-Sands-Frank-Count-Orchestra Tunes such as Come Fly With Me and I’ve Got You under My Skin will tear your head off, baby.

The Modern Jazz Quintet
http://www.amazon.com/Modern-Jazz-Quartet-1957
Man, the name says it all.

The Peter Gunn Soundtrack, Henry Mancini
I don’t care what anyone says, these are some of the best-laid cool Jazz tracks from the 50’s, period. Check it out. http://www.amazon.com/Music-Peter-Gunn-1958-1961

Glenn Miller Orchestra
http://www.glennmillerorchestra.com/Welcome.html
The stuff that got your grandparents through WW2, The Glenn Miller Orchestra was the Madonna of the 40’s, except more popular. I’d suggest Glenn Miller in Hollywood, spirited tracks recorded on tape (ultra mod for the time). The sound quality is excellent for the era. http://www.amazon.com/Glenn-Miller-Hollywood Also Glenn Miller’s All Time Greatest Hits, 50 tracks including In The Mood, String of Pearls, Moonlight Serenade and Little Brown Jug http://www.amazon.com/Glenn-Millers-Time-Greatest-Hits

These prime cuts should get you off to a good start on building your Jazz collection.

And always remember: When in doubt, Sinatra (Nothing newer than 1967).