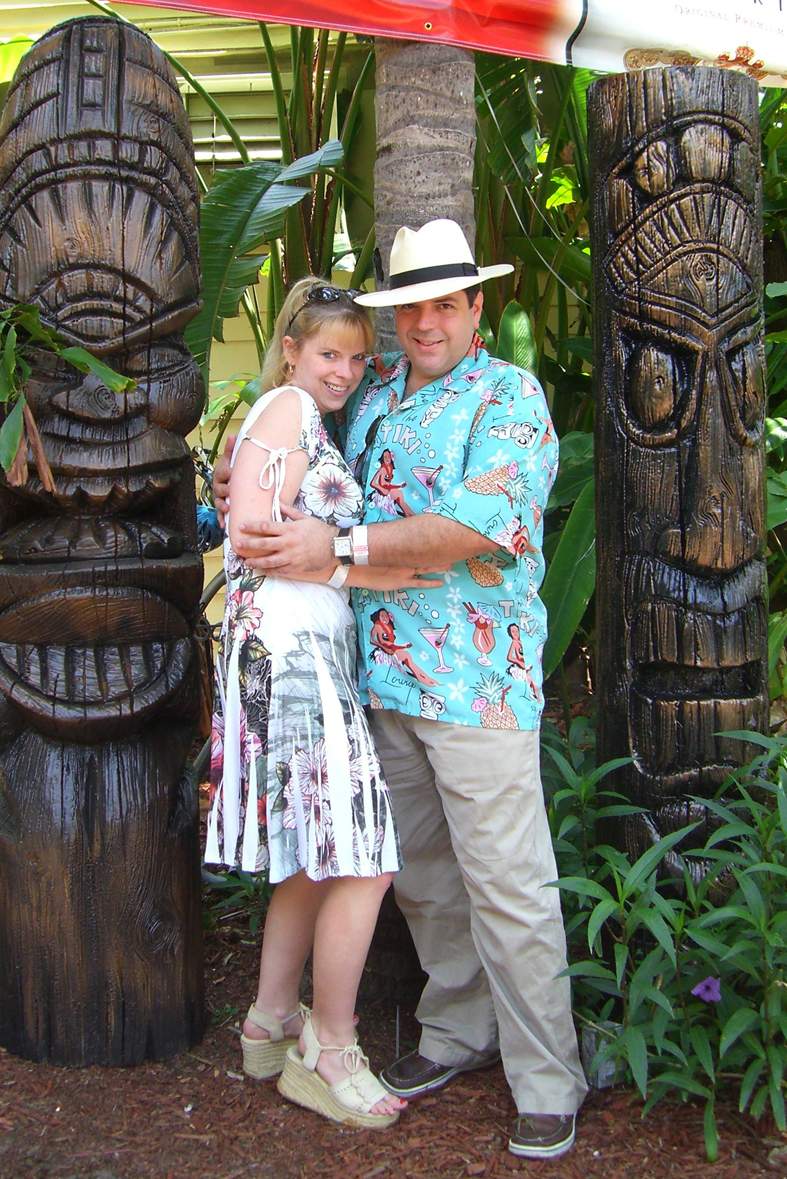 Well, let me say we had a great, fun-filled day on Saturday! We really wanted to go to all the weekend events, but work schedules just wouldn’t allow it this. But next year…

We met some very kool people, had a few tropical drinks, heard some great music and enjoyed a very groovy art show. And we did it all in the early afternoon, and got the hell out before the rains came!

We were at Bahia Cabana, from around noon til 3pm. While there we saw/heard the

Bikini Beachcombers, a really good and very fun band playing all sorts of music hip to the Tiki scene. They even featured a very pretty Hula girl doing a few dances. Very nice. We also met some new people, a fun couple that found us on the web, Brian and Meghan. They own a surf shop, drive a vintage VW bus and he wore a fez. ’nuf said??

Upstairs at Bahia Cabana featured a Tiki art show. My my, what beautiful pieces. It was put on by the Harold Golen gallery in Miami, and featured “Mr. Tiki Beatnik Artist himself, Derek Yaniger”. Let me tell you kids, the artwork was boss. I could have stayed up there longer, but my Mai Tai ran out… You can catch this kat’s studio on line at http://haroldgolengallery.com.

After a few Mai Tais, we checked out the Tiki Treasure bazaar. It’s a damned shame the economy has us watching our lettuce, because if we were in the green stuff we would have dropped a lot of it at the Bazaar! First, there were these incredible, hand-carved Tiki masks by Bob Ho. If you want real wood, hand carved, one-of-a-kind Tiki

Masks that look as authentic as if they’d been whittled in the South Seas, check out their site at http://tikihana.com/home.html. Another vendor had an eclectic selection of very hip Tiki art, some really different stuff, Tiki Tony caught my attention to the utmost. You can dig his work at http://tikitony.com/.

And finally, Tropiki had a krazy selection of all sorts of goodies, from magnets to paintings all showcasing their original art (I couldn’t resist buying an ashtray with a Tiki idol painted on the glass, even though I don’t smoke…it’s looks kool on the Tiki bar!) Check them out at http://peterjanus.com/. There were alot more kool vendors, but by the time we got to them the rum was really kicking in. I remember old records, including a few I have (Martin Denny, Lex Baxter) and some tropical print clothes, then rum. mmmmm rum.

I thought we took a lot of pictures, but somehow we only got a few. Must have been the rum, again. There was a kooky chick in the vintage clothing. I think she was part of the show. The chick in the flowery dress is, of course, Colleen. I’m the guy in the Hawaiian Shirt! Really had a great time although it was cut short. We’re planning on going to the Mai Kai in the next couple of weeks to make up for it; it’s always a party there! And next year…let’s just say I’m planning now for next year’s Hukilau! 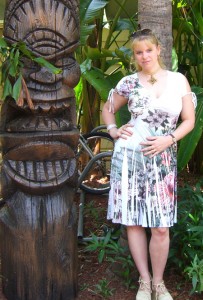 By the way…whoever did the artwork for the Hukilau informational tri-fold flyer…fantastic job, man…really top notch. In my ‘spare time’ I’m Creative Director for a national ad agency…let me say I give you artwork an A+++. Looks very authentic, 40’s style. Yeahhhh, nice! 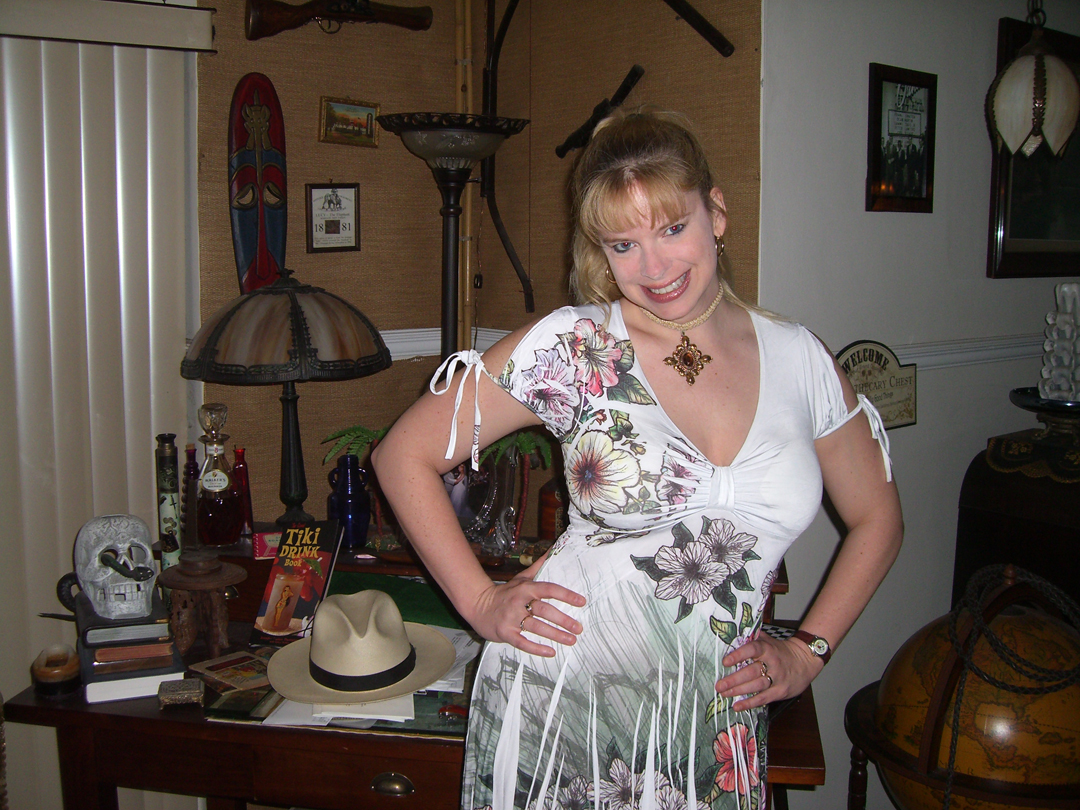 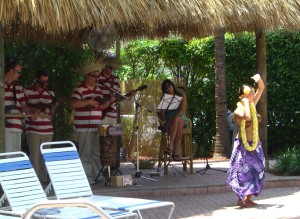 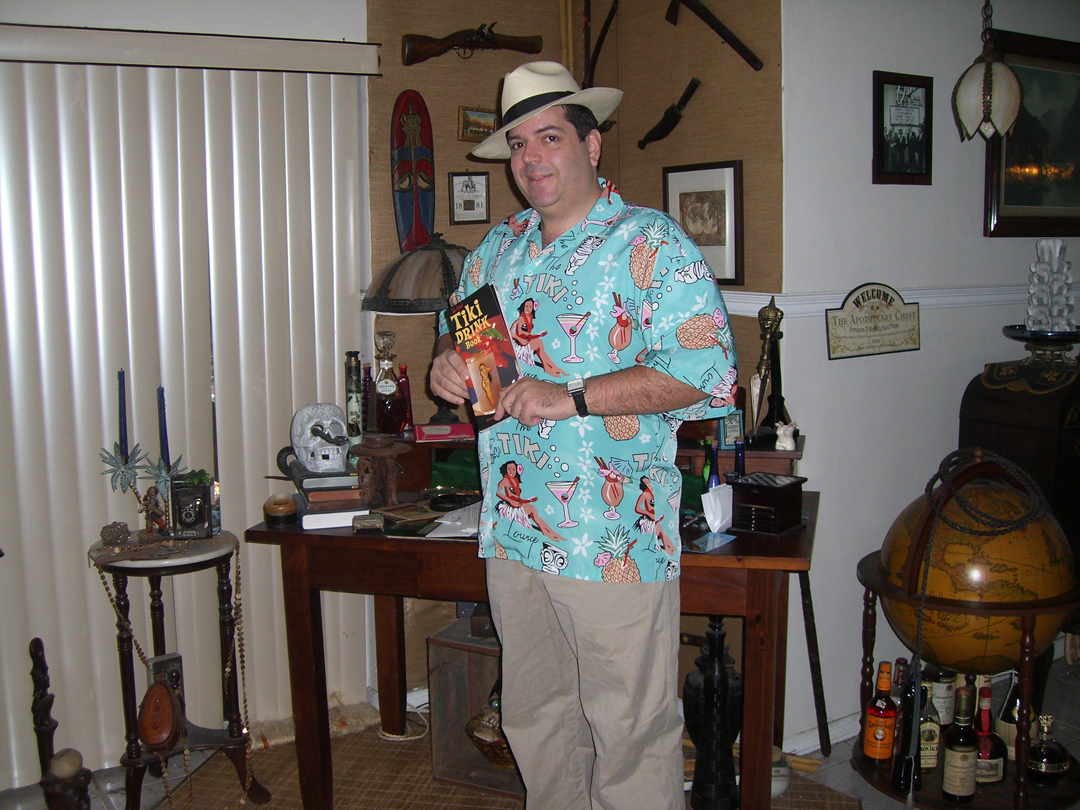 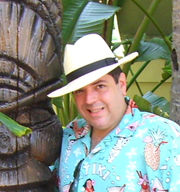 One Reply to “and finally…Our Trip to the Hukilau 2009 in Fort Lauderale-by-the-Sea, Florida!”