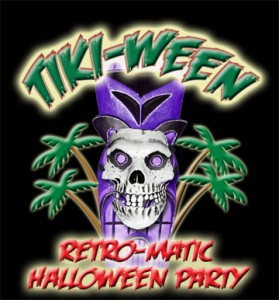 Every year since 1986, in one form or another I’ve hosted a wild, crazy Halloween party, complete with Spider Cider, Texas Chainsaw Chili, and wacky decor.

It all started when this hot chick I knew in high school wanted to have a Halloween party at her house. She lived with her mother in a very secluded, basically abandoned house in the middle of the pine woods in South Jersey. They didn’t have electricity, so it was dark, spooky and perfect for a scary party. Now this girl wasn’t exactly rolling in lettuce, so she asked me and a couple of friends if we could all chip in and bring some food, etc. No problemo. Until she handed out a list with each of us shelling out about 10 clams a piece (in 1986). Since none of us were in the money either (I was 18) 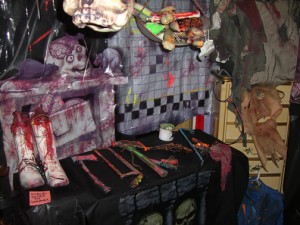 we put up a fuss, and she decided rather irrationally to scrap the whole idea. I said we’d still come, but ease up…I couldn’t manage 5 lbs of potato salad, but I could scape up 1 lb. She wouldn’t have it, so I told everyone (including her) we could have it at my house, I’d have 2 bottles of soda and some chips, and everyone could bring whatever they wanted, but didn’t have to bring anything. Turned out to be about 10 of us, and we had a blast, and no one went broke.

Till this day, I always tell everyone they’re welcome to bring something, but don’t fell obligated. Over the years I started making a few bucks, and started blowing a few on the party, and still stick to the original idea…nobody has to bring anything except themselves and a costume. 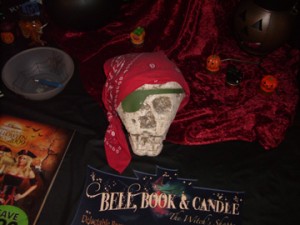 The following year, 1987, people started asking if I was having the party again, since we all had such a good time at the first one. Now I had a few 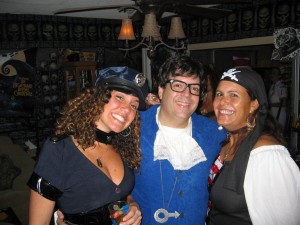 coins to spend, so I said sure, what the hell, and started planning. I remember I spent a grand total of $12 on that first party I had money to spend on, which included some of the staples that are included with the party today: Pretzel rods, sour cream & onion dip, Ruffles chips, Hummus with Pita (I know that sounds out of whack. My mother was a belly dancer at the Middle East club in Philly in the 60’s, that’s where that idea came from), M&Ms, Spider Cider (my high school girlfriend’s recipe…still make it the same as she did 22 years ago), generic brand cheese doodles (They were called “No Frills” at Pathmark back in the 80’s), and Chili, which I now refer to as Texas Chainsaw Chili, because as I was making it The Texas Chainsaw Massacre Part II was on TV, and it just happened to be about the weirdos using people to make Chili for a cookoff contest. Wow, how’s that for a run-on sentence? 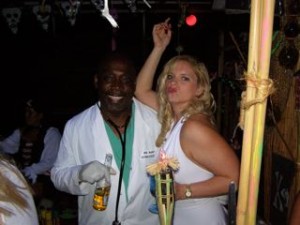 Over the years the party has taken on some different forms…in the early to mid 90’s, I had a lot of theater and musician friends who made it fun. We even had a live band play a few times. In the late 90’s the decor began to get more elaborate as I began using props from my dinner theater company, Stardust Productions, in the decorating. In the early 00’s we moved the party down to Key West’s Fantasy Fest a couple of times. But for the last 5 years it’s been held here at the Tiki Bar (our house) in South Florida, with a different theme every year. on 2005 it was a Roaring 20’s theme. 2006 was a Pirate Theme, 2007 was the 666th Annual Asylum Awards, 2008 an Underwater theme, and This year it’s Disco of Death at Studio13, a 70’s theme. The whole house is decorated, every room; the front entrance has been made to look like an abandoned Disco that’s been taken over by Zombies. The middle room is a butcher 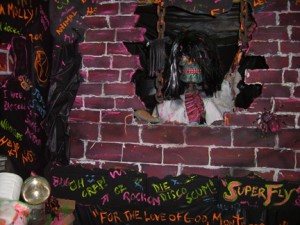 shop. The kitchen has been transformed into the Chock full of Guts coffee shop. And the Tiki Bar is…well it’s spooky enough at night with the black light and the Tikis, so it’s just the Tiki Bar!

Some things that have remained the same every year: The Chili, Cider, Hummus, Chocolates, Herman the Skull, Creme Soda, black light, vintage music.

I used to decorate the day of the party. That was 20+ years ago. This year I’ve been working on the decor since late August. I finished everything except some little details and spider webs last night. All I have to do on party day is cook the chili, set up the bar, and buy ice. Buy this time (1:30am) party night, I should be three sheets to the wind surrounded by beautiful women and skulls!