Get out your Naru jacket, tune up the sitar and get ready to watch a truly mod movie from the psychedelic ’60s, baby! Peter Sellers and Blake Edwards got together only once to make a comedy that wasn’t about The Pink Panther.  The Party, 1968 is a crazy, mod, very ’60s flick about Hollywood craziness of the day, and spoofs a big hippie-era Hollywood party so well you’ll wish you were there.

Peter Sellers plays an Indian actor named Hrundi V. Bakshi who is trying desperately to get his big break in American films. As you might expect, 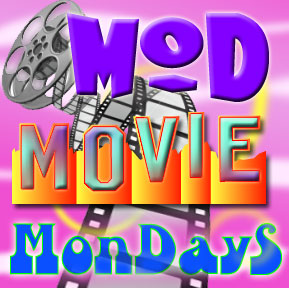 he does more harm than good on the set and gets himself put on the black list, only to be accidentally put on the invitation list to the big Hollywood shindig instead. Add every 1960s mod movie gag in the book, hot women, pot smoking musicians and a baby elephant and you can’t miss. And I guarantee, for the rest of your days every time you see a parrot, you’ll want to call him Birdy Num Num.

You’ll have to put yourself in the era to enjoy this flick – it’s not exactly action-packed, 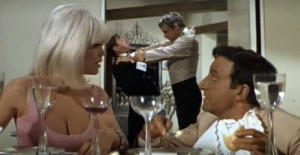 and there’s no real story, just one funny scene after another. (According to IMDB: “This film was improvised from a 56-page outline. Each scene was shot in sequence, and built upon the previous scene. To aid in this experiment, the film’s producers had a video-camera tube attached to the Panavision camera and connected to an Ampex studio videotape machine, allowing the actors and crew to review what they had just filmed.”) 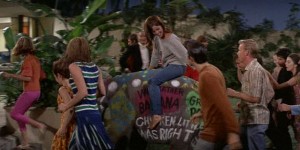 Since the movie is about a big swingin’ Hollywood party in 1968, suitable fare should include fondue, caviar, California salad and cucumber sandwiches. For drinks, Champagne would be grand, or Beefeater Martinis for the cocktail set. 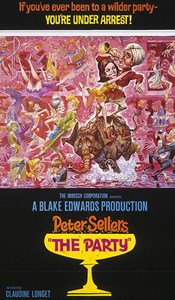