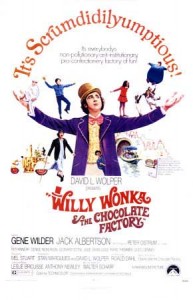 There are few kid’s movies that transcend generations, honestly enjoyable to the little buggers today who are jaded by flashy video games and unbelievable 3-D computer animated gems. One of the best is the original 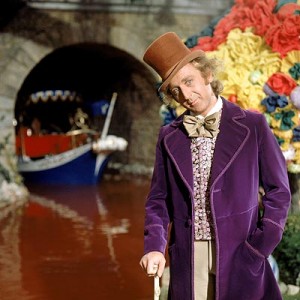 Willy Wonka and the Chocolate Factory, from 1971

Not to be confused with the psycho-wacky 2005 Tim Burton “Charlie and the Chocolate Factory”, this flick is pure late 60s-early 70s craziness at its finest, from a psychedelic boat ride to the geese that lay the golden eggs. 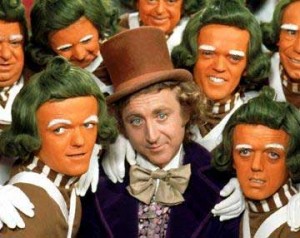 It amazes me how many kids (and even how many kids in their 20s & older) have never seen this flick. I”m sure my old lady and old man took me to see it in the movies (even though I was only three when it came out), and seeing it on TV once a year was a big deal for us which included feasting on lots of chocolate during the show. I dunno, maybe I was just lucky.

For you kids who haven’t seen the flick, here’s why it’s worth posting on Mod Movie Monday… First off, it’s pretty mod with lots of crazy swirly colors and those strange, orange Oompa Loompas.

Most of the songs are absolutely fantabulous, with The Candy Man becoming a pop standard and Pure imagination, I’ve Got a Golden Ticket and The Oompa Loompa song becoming some of the most recognized tunes of the 20th century. Then there’s the wicked kids, so bad that you just want to tear their little heads off. And of course Wilder who really turns what could have been a hokey kid’s flick into something amazing.

There’s really no way to explain the magic that’s created in this movie. I can jabber about how great it is when kids find the golden tickets, or how kool Gene Wilder is at being the purple-suited Willy Wonka, or how incredible it is when you first get a look at the main factory and gardens and the chocolate river. You’ll just have to take my word for it and view it for yourselves.

The movie was based on the book, Charlie and the Chocolate Factory. The name was originally going to be The Candy Man, until the producers realized that the “Candy Man” was a jive name for a drug pusher.

They changed the name to Willy Wonka and the Chocolate Factory because the sponsor, Quaker Oats, wanted to use the film to launch a new line of chocolate bars. Neither the movie nor the chocolate did as well as they hoped. The chocolate brand was sold to another company and is still produced today.

The chocolate making scenes during the opening credits were filmed at a real chocolate factory in Switzerland. The movie was shot in Munich, Germany. Charlie and his family are obviously American; characters on the streets and in the stores have a variety of accents. At no time in the movie is it said in which country the action is taking place. 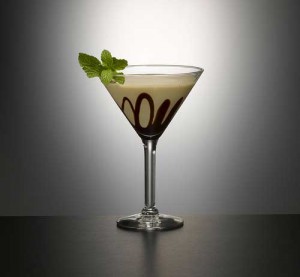 Throw all ingredients in a shaker with ice, shake and pour into a chilled cocktail glass.

On a personal note: Ok, there’s not doubt I’m a big Tim Burton fan. The Nightmare Before Christmas and Edward Scissorhands are two of my favorites. But I gotta say, I was just a little disappointed in his version of Charlie and the Chocolate Factory. Not that it wasn’t great; Johnny Depp made a terrif Willie Wonka, the sets were incredible, the songs went with the style of the movie and they apparently followed the book pretty well. My disappointment was in the fact that they used absolutely nothing from the original movie. Apparently, the writers had never even seen the original, and decided not to so their movie would be original. Ok, that’s fine and admirable. But I think I, and everyone else who had seen the original and loved as much as I, would have been a lot more pleased if there were something…perhaps the song “Pure Imagination”…included in the new. If you see the new version, imagine how much better it would be if Depp started in with “Pure Imagination” when they first enter the chocolate waterfall room. 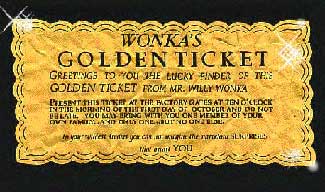 -Tiki Chris Pinto reporting from the screening room at the Tiki Lounge, covered in chocolate and looking for more.