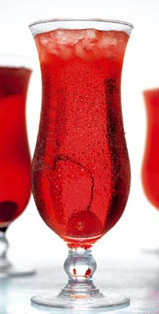 A little late, this week’s Tiki bar drink is for all you kids that can’t/won’t/don’t want to have alcohol in your beverage. There are a lot of swingin’ drinks out there, but none is as easy to make, is as much fun and tastes quite so good as an old fashioned

Dreamed up in the 1930s and named after the cutest child movie star to date, the Shirley Temple has been a favorite of mine since I got my first taste at my Aunt & Uncle’s New Year’s Eve party in their swingin’ basement bar in Philly, around 1974. H ere’s the general recipe:

Fill a fancy glass with ice. Pour in Ginger Ale until almost full. Then add grenadine (or the syrup out of Marachino cherries) a teaspoon at a time until it’s nice and cherryish, to your taste. Throw in a couple of cherries and garnish with an orange slice. You can fancy it up as much as you want with umbrellas, swords, everything you’ve got. 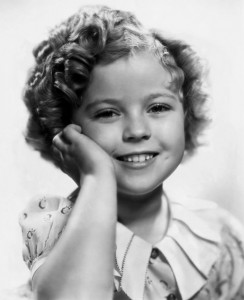 Variations on the recipe include 2/3 part Ginger Ale to 1/3 part orange juice, pineapple juice, or lemonade. But the cherry flavor is the best.

For those of you who insist on proofing-up your cocktails, I recommend the same recipe with a jigger of vodka, and a half oz of Kirshwasser or cherry brandy. mmmm.

Looking for a good read to go with your cocktail? Check out Murder Behind the Closet Door, the retro-noir style Wildwood paranormal murder mystery.