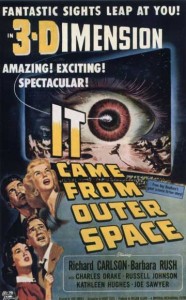 Some the best Sci-fi movies of the 1950s and ’60s were based on books or short stories by the masters: Ray Bradbury, Isaac Asimov, Arthur C. Clarke, etc. This movie was based on Bradbury’s story “The Meteor”. To make it more commercially successful, the name was changed to much more sinister

It Came from Outer Space 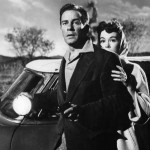 The story is set in present day 1953, in the Arizona desert. Carlson, an “amateur stargazer” as he is called, spots a large meteor crashing into the desert floor. But when he goes to inspect it, he finds that it’s actually some kind of space ship. 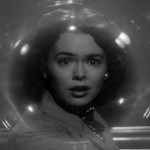 His colleagues of course don’t believe him, until the aliens make their presence known…

This is science fiction literature adapted to screen in the true, mid-century vein, where humanity is examined under the stress of dealing with the unknown. This flick has some fantastic writing, and the special effects are well done for the era, or for any era. Black and white film only adds to the feel. There is mystery, emotion, even some gun-play to keep the kiddies interested, and a kick-ass Theramin score by a very young Henry Mancini. 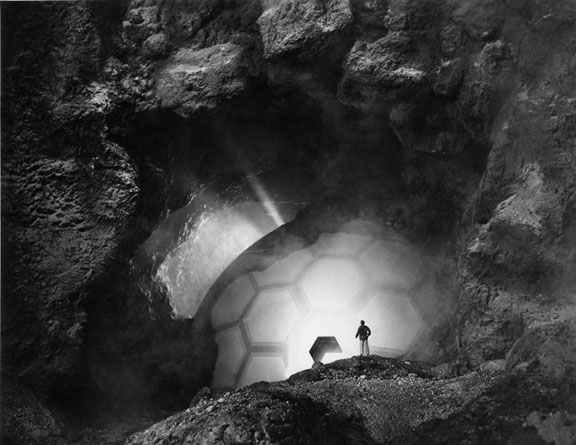 It Came from Outer Space was also Universal Studio’s first 3-D movie, and if you can find a copy of it in 3-D, it’s worth it. But it stands great as 2-D just as well. 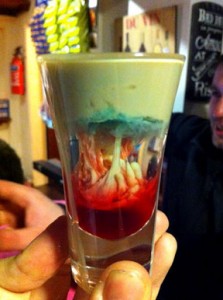 For the drinks, how about an Alien Brain Hemorrhage?
Fill a shot glass half way with peach schnapps. Gently pour Bailey’s Irish Cream on top. After the shot is almost full, carefully add a small amount of blue curacao. After it settles, add a small splash (or a few drops) of grenadine syrup, and watch it turn into something pretty icky looking.

As for dinner, how about a little Arizona Tex Mex Meatloaf, Betty Crocker style?

•    1 Heat oven to 375ºF. In large bowl, mix all ingredients except salsa. Spoon mixture into 11×7-inch (2-quart) glass baking dish; pat into 9×5-inch loaf.
•    2 Bake uncovered about 1 hour or until meat thermometer inserted in center reads just below 160ºF. Sprinkle shredded cheese on top (as much as you want) and continue backing until cheese is melted and internal temp is 160° Drain any liquid before slicing. Serve with ships and salsa. Olé!

Below is the original trailer: