Fans of MAD MEN know that music plays a fairly important role in the series, but when it comes to individual characters, music generally takes a backseat.

So, I was wondering what kind of albums the character of Don Draper might have on hand. We’ve heard him play classical music at a dinner party; we know he doesn’t dig the Beatles. But that’s about it.

So what kind of music does Don Draper dig?

I think, in order to answer that question, first we need to answer, “What kind of music does Don NOT like?”

Well, lets take a look at his past: He grew up in the 30s & 40s, when big bands played the most popular music in the country. There were swing bands and sweet bands, and they dominated the music scene. It’s safe to say that big band swing and jazz were probably what Don heard most as he was growing up, along with more “localized” music that probably included country/western and folk. Since he considers his childhood a complete bust, I’m going to lay my chips on big band, jazz vocals, folk and country/western as being the kind of music that Don Draper (well, Dick Whitman, actually) hates with a passion. Hell, he might even go into a cationic fit whenever he hears “I Can’t Give You Anything But Love, Baby” for all we know. 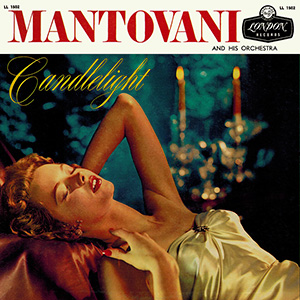 It’s also a safe bet that Don wouldn’t be into Rock ‘n’ Roll. Let’s face it – Rock ‘n’ Roll was considered “kids music” back in the 1950s, and had a very small adult following. Don was already an adult (in his 20s) when he was in Korea (somewhere between 1951 and 1953), so like most men of the era, he probably dismissed RnR as kiddie pop.

Don has never showed us a side of him where he sits and listens to sophisticated music, whether it be jazz or classical, for the pleasure of it. He sits in front of the tube a lot, but we never see him play an album (except for the Beatles song, which he completely dismissed). So it’s probably safe to say that he has never really bought a record for the enjoyment of the music. Unlike Meghan, who’s life revolves around music and acting, for his character, it’s just not that big of a deal.

That leaves one thing: Background music. 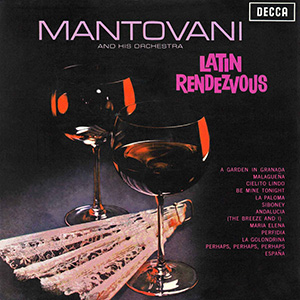 So, putting yourself in Don’s shoes, what kind of albums would you have on hand, and why?

Here’s my take, after an hour or so of contemplation over a CC Old Fashioned:

1. Two albums of generic classical music. Probably Beethoven and Mozart, and he would have asked the clerk at the record store to pick them out for him. These are handy when you have a mixed crowd of people over for drinks or dinner, and want to impress them with your good taste. He would, of course, memorize all the tracks, and some trivia about when they were composed, and what they are all about. 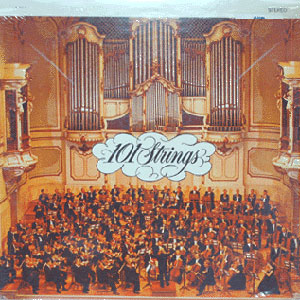 2. Mantovani. I’m going to say at least two albums of good old fashioned easy listening, including “Candlelight” and “Latin Rendezvous”. These feature lots of lush violins and full orchestrations that make great background music, whether you are having dinner with your wife, having some co-workers over for cocktails, or are trying to seduce the office hottie when the the little lady is visiting her parents in Long Island. Very romantic, very sophisticated, very easy on the ears.

3. More lush strings: 101 Strings, pretty much anything by them.

4. The Versatile Henry Mancini, which takes us out of the lushness and into something a little more pop-fun. 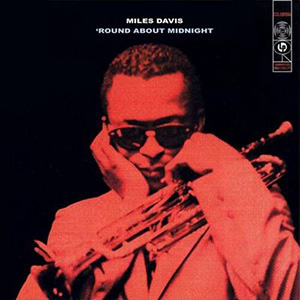 Still, it is background music, interesting enough to fill in the gaps in conversation, but not intrusive. He might even throw Peter Gunn into the mix, since it’s probably a TV show that he would advertise on.

5. At least one jazz album. I’m going to go with ‘Round About Midnight, Miles Davis. Don probably wouldn’t know a trumpet from a tuba, but he will have heard of (and very possibly seen in person) Miles Davis, a New York legend. Again, he’d memorize the tracks’ names, and be able to use that info to forward a conversation with the bohemian chick he takes home from the Village. When asked why he doesn’t have any additional jazz albums, he would do what he does best: Change the conversation. 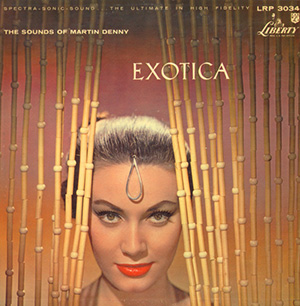 6. Two or three Exotica albums. These would be saved for summer evenings, to set the mood in the back yard or penthouse patio for a steamy night of mystique. Don might even have some Tiki torches burning, and there is no doubt that under the right circumstances he (or Betty, or Meghan) would be mixing Mai Tai’s and Zombies. Les Baxter’s Ritual of the Savage would be exotic enough for the right atmosphere, and Martin Denny’s Exotica would round things out as the night moves on. When the partiers have consumed enough rum and vodka to have them slurring words like “yes”, Port Said (pronounced “Sy-eed”) will come out of hiding, with its risque cover and middle eastern sounds. Like Meghan would say, after this party, everyone will go home and have sex. 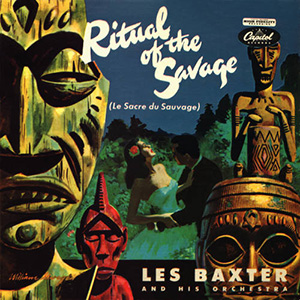 7. Maybe…just maybe, Songs for Swingin’ Lovers by Sinatra, and an additional record or two from Dean Martin, Ella Fitzgerald, and/or Dinah Washington. Again, these would all be very close to the swingin’ big band tunes of his youth, but he might be forced into owning a few of these by his peers. After all, when your record selection is intended for your guests and not yourself, you have to cater to the crowd. Not having the right tracks could signal the end of the evening with the tipsy blonde you met in the building’s lobby.

That would do it for Don. I don’t see him having a “Collection” of music that he really enjoys. I’m guessing that his head is always filled with either ideas for ad campaigns, or ways to talk women into bed with him. With all that, who has room for music? 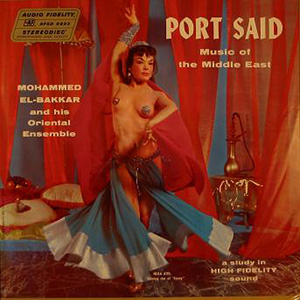 A Note on Meghan: Now, this chick would have had an extensive record collection, including every major (and several underground) vocalist of the time, show tunes, orchestrations, French albums, Jazz, Rock ‘n’ Roll, Big Band, Indian, Oriental, Latin and possibly folk. We can assume her tastes would lean toward vocalists and dance music. Betty, on the other hand, would probably have been Pat Boone fan. Catch my drift?

What are your thoughts? Comments welcome.

Below are some of the songs featured in these albums:

Mantovani, Smoke Gets in Your Eyes