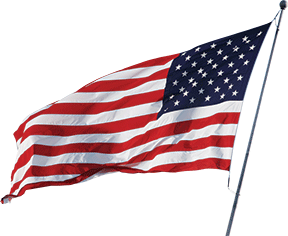 Remembering 9/11. It may seem a little off track for this Blounge, but not really. Not when an event changes the lives of millions of people.

Just as the attack on Pearl Harbor on December 7, 1941 changed the course of American history (and directly led to the mid-century era that we love so much), the attacks on 9/11 changed America and Americans again. Personally, I think part of that change came in the from of more people having an appreciation for our culture, including our past.

The new Freedom Tower is being built…and what are they comparing it to? The height of the Empire State Building. Ellis Island is currently undergoing its second restoration in 25 years, after being neglected for decades. Classic cars are more popular than ever, with several TV shows dedicated to them. There is even a Tiki Bar in New York City again, after so many years without one.

We’ll be visiting New York City this weekend, including Ground Zero. I am not a New Yorker; I only saw the World Trade Center Towers once, in 1986. I looked up. It was amazing. It will be amazing to stand where they were, where the new tower is now. I will remember the 3000 people who lost their lives to a gang of whacked-out hoodlum cowards. And I’ll recognize that we haven’t had an attack in America since then.

Today, I raise a glass to all those who endangered or lost their lives trying to save other on this day. To the victims and their families. To everyone who was impacted by this horror.