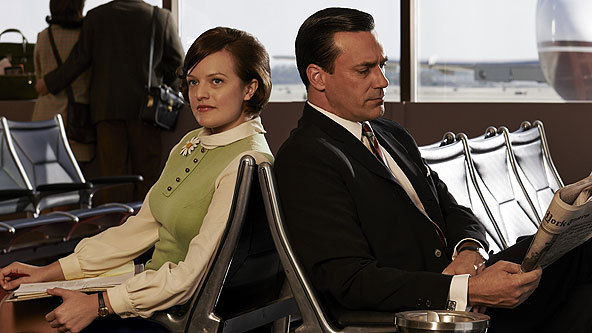 May 17, 2015: Christopher “Tiki Chris” Pinto, author of several novels set in mid-century America, discusses his thoughts and ideas on the MAD MEN series on the eve of its series finale.

They are calling it “The End of an Era”, a fun double entandre that eludes to both the end of the era that Mad Men represents, and the end of one of modern television’s most respected and acclaimed shows. It’s the series finale of a TV program that promised us a glimpse into the events and lives of our favorite era, the era of mid-century pop culture, of cocktails and Tiki bars, Bachelor Pad music and finned cars.

And as we prepare to watch the finale, I have to admit I look back at the past 7 seasons with a bit of disappointment. Not in the quality of the show or its writing,  and certainly not in the fine acting. Not even in the enjoyment I’ve had watching it, absorbing it, and appreciating the small details and hidden meanings that made it so great. Just in the fact that it moved way too fast into the 1960s for my taste, and for most of my friends who also tuned in to watch a show about mid-century cocktail culture in the 1950s.

Because when MAD MEN was first promoted, that’s exactly what it promised: A look into the lives of the cocktail culture set, played out during the 1950s, defined by the most notorious drunkards of the time, advertising executives. We got what we expected in season one, from sexy, accommodating secretaries in tight dresses to smarmy, misogynistic, Martini-swilling ad men with thin ties and pocket squares, driving big fancy cars and taking over the world one account at a time while their wives played the part of homemaker with the kids. We got to see incredible, larger than life ad pitches that rarely happen in the real world but fit perfectly into our imagination’s concept how the good old days must have been. And we were treated to all this eye candy with the best background tracks plucked from the Ultra Lounge series of Bachelor Pad and Exotica tunes of the day.

But we were misled (by advertising!). Almost as soon as it started, the 1950s decade ended in MAD MEN, swinging us full-on into 1960 before the paint on Roger’s ’59 Caddy had a chance to dry. But we were OK with that, because, after all, it’s mostly agreed that the golden era of cocktails and mid-century pop ended somewhere around the time of Kennedy’s assassination, the coming of The Beatles, and escalation of the Vietnam war. So we figured “our show” would linger in the early ‘60s, maybe with more glorious flashbacks to the 1950s.

Not so, of course, as this was not “our show”, it was Mathew Weiner’s. And Mr. Weiner happens to be a huge fan of 1960s pop culture. His intent from the start was to base the show at the END of the cocktail era, and show the drastic changes that took place in American culture in the 1960s. AMC may not have made that fact obvious in their advertising, but they sure as hell hooked us in.

Don’t get me wrong…it’s a great story, and one that Mathew Weiner has told incredibly well, from a perspective not seen before. Let’s face it…whenever someone makes a show or movie about the 1960s, it’s always from the point of view of the young, the rebels, the hippies and college kids who wanted to change the world, not from “the man”, the established middle class who fully enjoyed the world they had created after WW2. It’s about time someone told the story of the anti-anti-establishment, the coolest cats and kittens who dug drinking at the Tiki bar and thought hippies were kooks.

And yet, as the series comes to a close, I can’t help but personally ask, “Is That All There Is?” Couldn’t the show have lingered just a little more in the late 1950s/early 60s? Couldn’t there have been fewer time jumps, where the show could have done some more things with what was happening before the major culture-changing events of the 1960s, especially with advertising?

It just seems to me, as a writer, that there were so many juicy things going on that got glossed over or completely ignored. For instance, color television made a huge impact on the industry. Directors and camera operators were suddenly faced with shooting TV spots that looked good in both black and white AND color. Production costs rose. More people needed to be hired to accommodate the changes. Agencies were in upheaval, trying to figure out how to accommodate the new medium while remaining profitable (just like they have with the internet). That alone would have made a good season thread, if not a multi-show plot line.
And what about changes in the auto industry? Sterling-Cooper made every effort to get a car on the roster. But the show never went into how difficult it was to effectively advertise/market automobiles at a time (1959-64) when horsepower, styles and tastes were changing faster than the liquor bottles on Don’s minibar. Back then car styles changed pretty drastically every one or two years. When you consider that today’s models usually stay exactly the same for 5-8 years, you can imagine how difficult it must have been to convince buyers that the car they just bought last year was out of date junk. I really would have liked to see the show back up to around 1958, and get the Edsel account. Imagine how much fun that would have been! 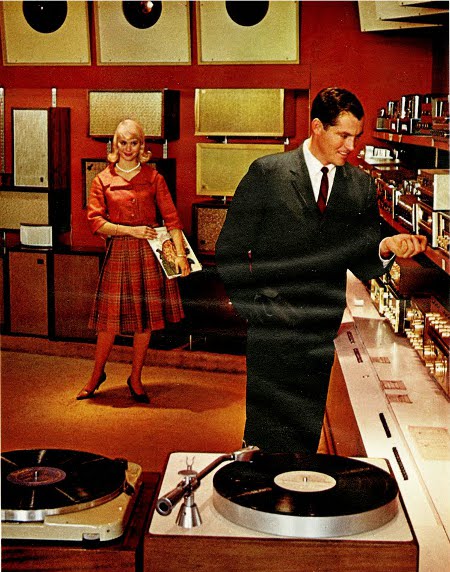 And then of course, there is the whole concept of the Playboy bachelor, the never-married, successful young man who drives an Austin Healey sports car, listens to Martin Denny, reads Esquire and of course Playboy, drinks Macallen Scotch and plays golf on weekends before hitting the nightclubs in search of a tipsy, willing bird. It really surprises me that not a single major character on MAD MEN was single because he wanted to be. What a fun and interesting addition a true cocktail set bachelor would have made to this show!

But that’s just my own personal opinions and ideas, and that’s not the show. That’s not MAD MEN as Mathew Weiner envisioned it. We may have been misled by AMC’s advertising in the beginning, but we soon realized this wasn’t going to be a show about the 1950s. It was about the ’60s, and how that decade changed everything. And guess what?

We still love it.

Adieu, Mad Men, and thank you Mr. Weiner for bringing us one hell of a show.