In honor of the anniversary of the D-Day invasion of Europe (June 6), this week’s MMM will focus on one of the greatest movies to depict the event: 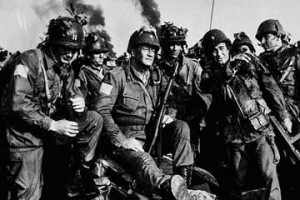 There are a load of great movies about WWII. This flick is a little different from most, in that it tells the story as more a historical event than a drama, and it tells the story from different angles…including the perspective of the Americans, English, French and Germans all speaking their native tongues (with subtitles, of course). Filmed only 17 years after the D-Day invasion, it’s probably the most realistic Hollywood telling of the events to be released during the Cold War Era…and with a krazy 10 million dollar price tag, it damned well should be. 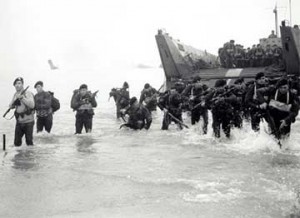 The film was shot in black and white, which makes it seem more “realistic” to the time period. It wouldn’t be until decades later that a more realistic – full color – depiction of D-Day and the events following would be portrayed in movies like Saving Private Ryan (1998) and the TV series Band of Brothers (2001), both excellent selections.

There was a lot of on-locations shooting for this movie. At one point while digging on the beach in Normandy, the film crew unearthed an army tank that had been used in the actual invasion in 1944. They dug it out, cleaned it up and used it in the film. The film also features many actors who were involved in the real invasion. Here’s the trailer:

If you can get your hands on a mess kit from an army surplus store, and some cheap English Gin, you’ll have all you need for dinner & drinks to watch this flick. Either that, or pull some vegetables from you Victory Garden.

Here is last year’s post on the D-Day invasion. I really couldn’t say it any better this year: 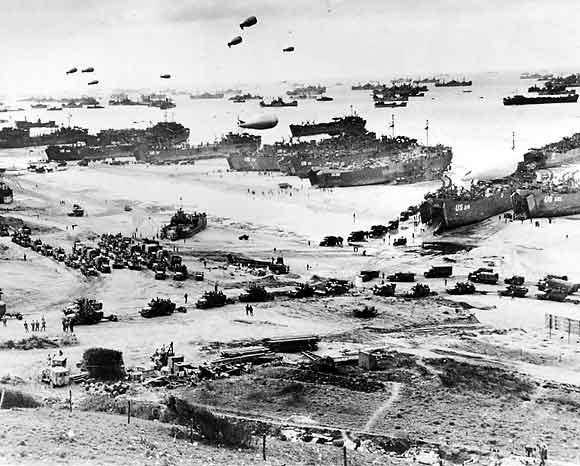 65 years ago today marked the beginning of the end of Adolf Hitler’s reign of insanity as American and allied forces landed on the Nazi occupied beaches of Normandy, France.

Nearly 200,000 personnel were involved with the attack. Thousands of soldiers died risking the invasion so that hundreds of thousands more could push back the Nazis and end World War II. The invasion had been planned for months to insure its success. The success was solidified by the support America gave our troops.