Sometimes the Mod Movie Mondays don’t come until Tuesday. Most of the time they’re not really Mod, but it sounds good in the title. This week we have a retro-tastic movie that captured the 1920s in a way they could only do in the 1980s. From Francis Ford Coppola and Robert Evens, here’s 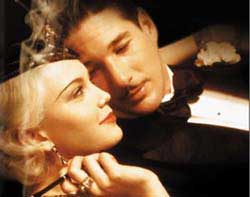 Wow! With a cast and management like that, plus a $42 million buck budget at the time, there’s no way this movie couldn’t be one of the best, most entertaining, most award-winning and amazing flicks of all time, right? Right? 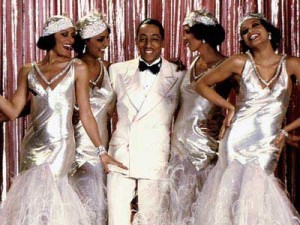 Ok, back in 1984 the movie got panned pretty bad. People expected a lot more from the guys who brought you “The Godfather”. Well kids, this flick was plagued with problems from the start, including money troubles and an actual murder. But 26 years later no one really remembers much of that. What we remember was a movie that looked incredible, with hot flappers and Richard Gere actually playing the coronet. We remember a movie that took Duke Ellington’s music and recreated it with some of the best jazz session musicians available at the time, some playing antique instruments to get the right sound. We remember Herman Munster playing a gangster, and not one but TWO 80’s montages. And, of course, in true mid-80’s fashion, there was a music video (Ill Wind) inserted neatly into the middle of the flick. And yet not one note of the score was played on a DX-7. 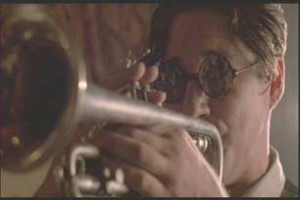 What I’m getting at is The Cotton Club is really a damned good movie, not matter what the critics at the time had to say (dig this: Time Mag has the original 1984 review posted online! See it here).

Why you should watch this movie: Beautiful sets, incredible music, terrific dance sequences. Fantastic characters drawn from Lena Horne, George Raft, Bix Beiderbeck, The Nicholas Brothers and pretty much every gangster from New York to Chicago. Gregory Hines tap dancing with his brother, Maurice. Bob Hoskins trying not to look like his character from Roger Rabbit. Diane Lane looking hot as hell. Pretty good Cab Calloway impersonator. Wacky Hollywood ending which lets you in on the big secret…which is don’t take this movie too seriously. It ain’t the freakin’ Godfather. 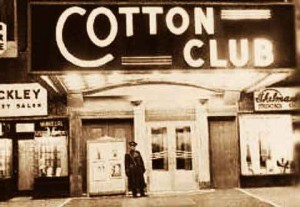 Dinner and Drinks: For dinner, why not choose from the Cotton Club’s menu? As for drinks, if you can get your hands on some bathtub gin, go for it. If not, I’d say Manhattans and champagne cocktails are in order all around.

My Take: As a young swinger just starting to learn jazz clarinet and sax, and just recently discovering the great riffs of the masters such as Ellington and Calloway, hearing this music in stereo and seeing performers play it and dance to it on the silver screen was a really big deal for me. This movie combined all the things I liked: Hot Jazz, hot flappers, gangsters, classic cars and big-brimmed hats. I learned all the songs on the album and could play all the solos by age 15. It was one of the first movies we recorded off HBO using our new-fangled video tape recording machine (The one with the top loading tapes and the remote with the wire on it), and I watched it over and over again. I dressed like the gangsters (including the hat) and incorporated their style into my first writings. Yeah, that’s right kats, even back then I was into the scene, into the retro thing long before it was labeled ‘Retro”. Dig? Yeah man, that’s a solid five.

-Zoot Jackson filling in for Tiki Chris, reporting from a smokey basement speakeasy somewhere in Harlem.

Catch a new Mod Movie Monday every week (sometimes even on Monday) here at Tiki Lounge Talk, the hepcats’ joint for jumpin’ and jivin’.