OK Swingers, the leaves are falling, the air is turning chilly (for most of you kats) and Halloween is just around the corner. So you know what that means… It’s time for some vintage horror flicks! So from now until Halloween, Mod Movie Mondays will feature some creature double features to get your blood flowing…possibly into the fangs of a vampire…Let’s kick it off with one of my favorite B&W dark comedies,

Staring Dick Miller (You’ll know him when you see him) as a mildly mentally-handicapped busboy working in a Bohemian cafe, who learns somewhat by accident that he has a talent for sculpture. But his talent, you’ll see, isn’t as amazing as one might think, as this modern-era Michelangelo sort of…well…cheats.

Beatniks, jazz, pretty girls and ‘innocently’ unintentional murder for the sake of art. This early Roger Corman film is as dark as dark comedy can get. Creepy, BW & even an actual bucket with blood in it. This is one of those movies where you’ll be saying “They got away with THAT in 1959?”

The idea and outline of the film was developed in one day, and the whole thing was shot in less than a week on a very limited budget, but Corman’s concept to stray from mainstream horror films of the time and create a dark comedy routed in Beatnik culture puts this film as one of my favorites as a truly enjoyable, kookie and fun flick from one of our favorite eras. 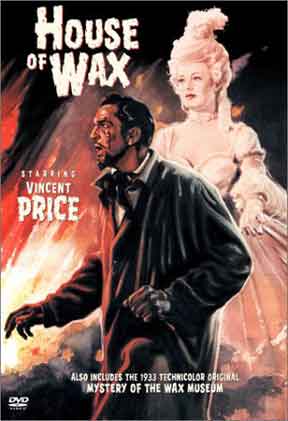 In 3-D! Starring Vincent Price, this classic horror flick embodies the spirit (all puns intended) of the movies we love. A far-out story, creepy effects and VINCENT PRICE. Plus it was the first mainstream studio film to be made in glorious 3-D, opening up a trend in movie making that would have its highs and lows and finally come full-circle 50 years later when the technology finally caught up with the idea. 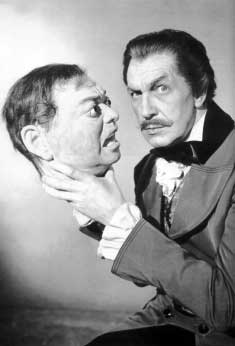 Even if you don’t watch it in 3-D, its such a gory flick for the time that you’ll be amazed, once again, that they got away with this stuff in the puritan ’50s. As a point of trivia interest, this film and the above-mentioned Bucket of Blood share some story ideas…and an actual line: “(He sure) knows his anatomy.” Crazy.

-Tiki Chris P. swingin’ in the balcony of the movie palace down the block from the Tiki Bar. Dig it, Daddy-O!