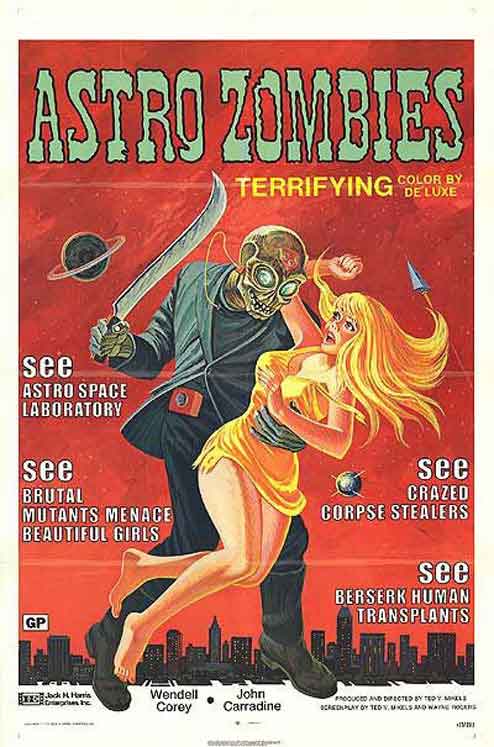 With the passing of another of Hollywood’s icons, Tura Satana, I thought it fitting to feature her this week. I already featured Faster Pussycat, KILL! KILL! in an early MMM (here), so from 1968, here’s the cult sci-fi classic

This is certainly one of those flicks that’s so incredibly bad, it’s incredibly good. Real, old-fashioned monster & mayhem stuff from the swingin’ 60s, complete with Tura who absolutely had one of the best racks in the biz, with an exotic, tough-lookin’ face to match. (My old man would have described her as “one tough broad”).

I’ve seen the movie, but really still am not sure what the hell it’s about. Something about killing people and using their parts to build a super-human or something or other. Who cares, with a chick like Satana in it, and Carradine acting like a nut, you don’t need much of a plot.

There are also some kool cars in the flick, plus very fun little windup robots. And the CIA. And NASA. Just see it. 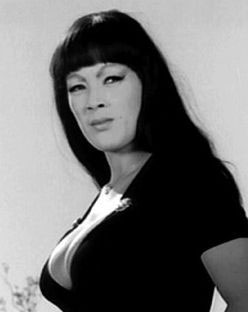 Food & booze: I can’t even imagine what would go with this movie. Just order a pizza and beer.

Something very kool: Through the magic of Teh Interwebs I’ve met a lot of interesting kats and kittens. One such kat hails by the name of Will The Thrill, and he was the host of Thrillville, a west-coast vintage movie-show phenomenon that I wish I’d had the chance to catch in person. This kat had the honor of knowing Ms. Satana in person, and has a very nice tribute to her with a story and photos here at Thrillville.net.

Sayonara, Tura, and thanks for the memories. – Tiki Chris