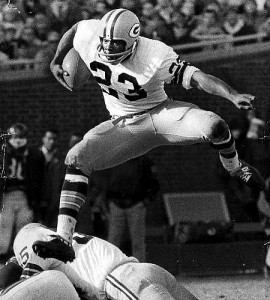 I had a really fun post featuring the artwork of Doug Horne, Tiki Artist Extraordinaire for this weekend, but realized it’s Super Bowl Weekend…which means most people in the country have their mind on chips, dips, and footballs, and probably haven’t even thought about stopping by the Tiki Bar this weekend! That’s all fine and kool too, so here’s a little football trivia from the past. I’ll put up the swingin’ post on Doug later this week.

Since there’s still a few hours before the game, here’s a couple of last-minute ideas for your game day party:

Check out the Atomic Age New Year’s Cocktail Party page and apply the ideas to your Super Bowl Party. (Ok, that might be a little too much)

The First AFL-NFL World Championship Game in professional American football, later known as Super Bowl I and referred to in some contemporary reports as the Supergame, was played on January 15, 1967 at the Los Angeles Memorial Coliseum in Los Angeles, California. It was played between the Nat…ional Football League (Green Bay Packers) and the upstart American Football League (Kansas City Chiefs). The Packers beat the tails off the Chiefs 35-10. Although it was the first Super Bowl, it wasn’t called the Super Bowl until years later when the name caught on. So the first Super Bowl wasn’t really the Super Bowl. Crazy 60’s hippies.