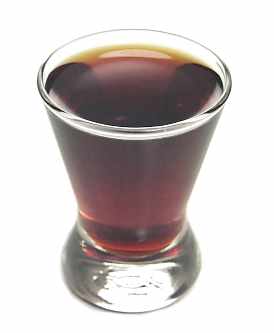 This weekend we’ve got TWO (yes, TWO!) Tiki Bar Cocktails for you!

straight from the bottle into a shot glass, and slam it down. Yikes! Or, you can sip it…it’s nice and smooth. A variation is to pour it over the rocks and stir with some half and half…a sort of a souped-up Kahlua and cream. Nice. 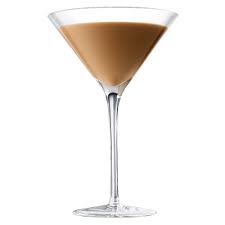 The second drink comes from the headlines. Not that I give a damn about what’s going on in Hollywood, but you have to admit this whole Charlie Sheen thing is funny as hell (Have you seen his “cooking show” on Funny or Die?). My first thought was there needs to be a Tiger Blood cocktail. But, unfortunately, a sushi joint in NYC beat me to the punch with their own “Tiger’s Blood” cocktail. Thing is, this saki and wasabi abomination has no place on a Tiki bar. So, I asked the Tikitastic people that hang out at Facebook’s Retro Tiki Lounge to come up with a better recipe. Didn’t get many; Marina the Fire Eating Mermaid suggested that it should contain Indian whiskey, you know, because of Indian Tigers. My lovely wife Colleen suggested citrus vodka, blood orange juice, club soda and lime…a great combination, but hey, she’s my wife, so she couldn’t win the little contest. 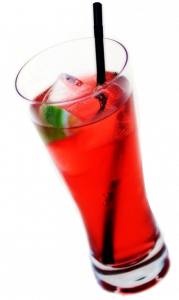 So, the winner is Robert Millar, who came up with:

Sounds good to me! I didn’t have the Benedictine so I couldn’t try it out, but it’s better than a cocktail that includes soy sauce so, Congrats, Robert! You get your Tiger’s Blood Cocktail recipe here on TLT!

-Tiki Chris P. reporting from behind the bar at Pirate’s Cove Tiki Lounge, the Blounge of South Florida.

3 Replies to “Your Weekend Tiki Cocktail: Walk The Plank”