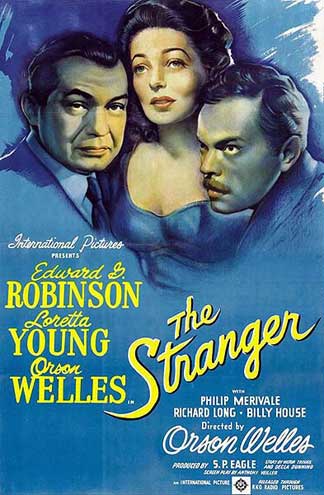 Edward G. Robinson as a Federal Detective. Post-war Nazi plots. Deceit, murder, and clocks. Orson Welles directs this classic 1946 Noir thriller in a way other directors only dreamed of. Even the title takes on a new meaning as the story unfolds in 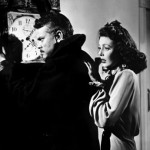 The film opens darkly as authorities plan to find and capture Franz Kindler (played by Welles), the heartless mastermind of the Holocaust. Kindler managed to evade capture, erase his identity, leading him to take up life as a professor in a small town in Connecticut. (Remember, this is 1946, the time when Nazi atrocities were first coming to light and war criminals were being hunted around the globe). Robinson’s character eventually tracks Kindler down…I won’t tell you how here, as that would give away the whole story… 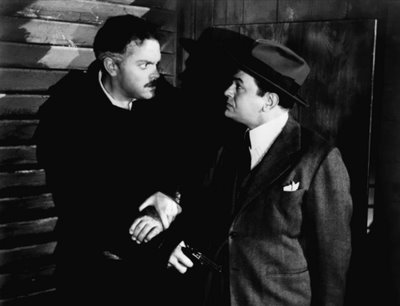 As you’d expect from a classic, every scene is filmed artistically, bringing together perfect camera angles with deliberate-styled acting to achieve a final print that holds up 65 years later.

It’s also a wonderful window into small-town life in pre-television days. People spend their time listening to the radio, or playing checkers with the local general store/diner owner. It might as well have been a million years ago, compared to today’s world. 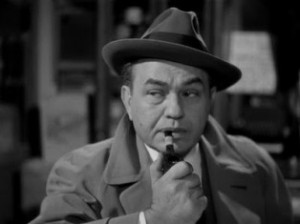 Exceptional performances by Robinson, Young and Welles combined with a fantastic story and true Noir filming make The Stranger a five-coconut winner at the Tiki Lounge.

-Tiki Chris Pinto reporting from the theater, down the avenue from Pirate’s Cove Tiki Bar.