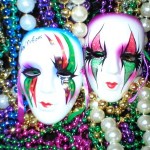 It’s Fat Tuesday, and that mean Mardi Gras with lots of beads, boobs and booze. Whether you’re celebrating in New Orleans or Key West, San Francisco or Atlantic City, it’s a day of fun and frivolity for all. And what can be more fun than a mugful of alcohol, New Orleans style.

Holy cow, what can be more intense than a 5-booze drink? This is a stronnng one, so take it easy on ’em or you might wind up celebrating by being passed out in an alley. 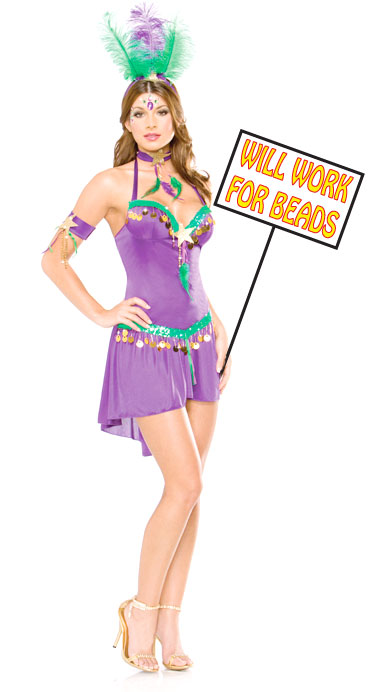 Stir everything together over the rocks in a tall glass or mug. That’s it. If you’re a wuss, you can splash a little club soda and some sugar in, but I suggest you take it like a man (or woman).

Personally, I’ve had a few fun Fat Tuesdays here in sunny South Florida, where the weather is warm and the drinks are cold. A fun time was had a few years ago at the Hollywood Beach Mardi Gras, where they had live bands, cheap drinks and a bonfire on the beach.

Of course Hollywood is a family town, so although there were lots of beads being thrown around, none of the young ladies were baring their busts for their beads. C’est La Vie…there are plenty of places in south Florida to see naked women!

The booze and boobs are fantabulous, but without some groovin’ New Orleans Jazz to get the party moving the day just isn’t anything all that special. From the Dixieland blues of Preservation Hall to the ground-breaking trumpet styling of Louis Armstrong, New Orleans has been known as the home of Jazz for a hundred years…and Mardi Gras is a celebration of that little fact as much as the beads, booze and King Cakes!

Preservation Hall, When The Saints Go Marchin’ In, 1973

Louis Prima, Swing Cats Jamboree, 1930s (Way Down Yonder in New Orleans, I Can’t Give You Anything But Love & more)

Sam Butera and the Wildest, When You’re Smiling, 1990s

And for later in the evening, Moon Face, ‪Giorgio Cuscito‬, Tiger River Dixieland

-Tiki Chris reporting from Bourbon Street, and baby, I got a lot of beads here…