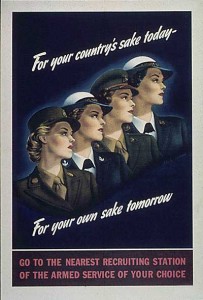 Here’s a big, giant thank you to all our past and present military for keeping us safe and sound. Without you, there would be no Tiki Lounge Talk.

For most kids, Memorial Day marks the official beginning of summer, the start of the tourist season and a great 3-day weekend for barbecuing. But let’s take a quick look at what Memorial Day is really all about…

A little history lesson: Memorial Day was officially proclaimed on 5 May 1868 by General John Logan, national commander of the Grand Army of the Republic, and was first observed on 30 May 1868, when flowers were placed on the graves of Union and Confederate soldiers at Arlington National Cemetery. New York was the first state to officially recognize the holiday in 1873, and was adopted by all states after World War I. In 1971 Memorial Day was moved to the last Monday in May, to give us a three-day weekend.

Today we honor our fallen troops with memorials, dedications and parades. But we also honor their memory by enjoying the very things they gave their lives for, including spending time with family and friends, picnics, barbecues and special events. Many states have massive fireworks displays as a bittersweet reminder of “bombs bursting in air”, and that we are blessed to be living in a time of relative peace.

To all the men and women of the United States Military, past, present, and future: We thank you for your service and your sacrifices, and salute you!

One Reply to “Happy Memorial Day from Tiki Lounge Talk”