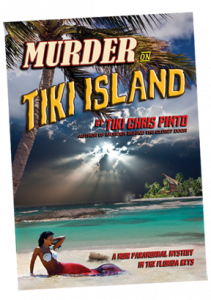 Living in the Tropics is great. There’s no better way to enjoy the Tiki good life than having a pool you can use year round, an outdoor Tiki bar and palm trees in your front yard. The downside is, you get Tropical Storms and Hurricanes now and then.

We got luck with Isaac. Unlike some of the other storms we’ve been hit with, so far this one is just dumping tons of rain on us. It’s already after 5:00pm on Sunday as I write this, and we’ve been lucky enough to not even have a power outage. The winds have been minimal and street flooding is no worse than we usually get during a rain storm.

But it is a wake-up call. We haven’t had a major storm hit our home in Sunrise (about 12 miles west of Fort Lauderdale Beach) since Wilma tore apart the area in 2005. Many of you out of the area may not even remember Wilma…it was overshadowed by Katrina, which caused substantial damage. But the fact is that Wilma was and still is listed as the most costliest storm in American history. So we’ve been lucky for 7 years…

It was Hurricane Wilma which gave me the idea for my Tiki-oriented murder mystery book, Murder on Tiki Island. Living through a Category 1 (up to 3) Hurricane was a real eye opener. It made me think of what it would have been like had it hit us head on…basically that would have meant almost total destruction. That led me to research storms of South Florida, which reminded me of the 1935 “Storm of the Century”, a Cat 5 ‘cane that destroyed a large chunk of the Florida Keys. That, and my own experience in the storms here, were the inspiration for my book.

All weather reports are indicating the worst of the storm is over for us. Tomorrow will probably be rainy but quiet. We dodged the bullet, again.