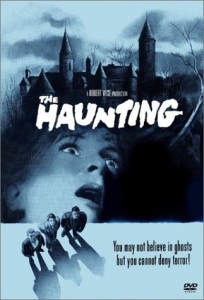 Ok, that’s a bold statement and of course, a matter of this cat’s opinion. And this doesn’t include traditional monster flicks like Drac and Frank. But if you want some truly spooky, scary, screw-with-your-head for weeks horror movies, here are 10 of the best from the pre-Slasher flick era.

Let’s start off by not including some of the obvious: The original Dracula, Frankenstein, The Werewolf, The Blob, and Invasion of the Body Snatchers. These (and many others like them) are in a class by themselves, and would fill up the top 10 list easily. This list is for some of the not-so-obvious selections that are sure to please.

10. Mad House, Vincent Price, 1975 – Filmed in the 60’s Hammer style, this film is great on two levels: It’s a maniac killer horror flick, and it’s making fun of the genre without you even knowing it. It’s not a comedy…but the in jokes are a’plenty. For instance: Using elaborate, Victorian candelabras in a house that obviously has electricity; Peter Cushing showing up at a costume party as Dracula; and Price basically playing “himself” in the role of the actor who plays Dr. Death. A real treat.

9. The Texas Chainsaw Massacre (The original, 1974) – Low-budget horror at its best. Truly scary, because the low budget made it look so real. From the over-exposed film to the dark shots inside the house, this film cinematically gets under your skin and into your head. There is very little blood, yet you feel as though you are the one being chased and ripped to shreds with a chainsaw. The creepiness of the characters is realistic and absurd at the same time…qualities that are lost on higher-budget, slickly made films that rely on special effects and lots of blood. By the way…some of the stuff looks so real, because it is real…the low budget didn’t allow for the producers to rent plastic bones, so they used real ones. Yep. Look it up.

8. The Haunting (the original, 1963) Shot in black and white for that old, Noir style to show through, this film is possibly one of the greatest ghost stories ever put on film. Simple tactics like unintelligible voices in the night and mysterious visions of face in the wall will seep into your nightmares and make your skin crawl. Line that delivers the biggest chill: “If you’re over there…who’s hand was I holding??”

7. The Exorcist (the first one, 1973) – I had considered leaving this off the list and grouping it with Dracula, et al; but knowing that younger generations have not been exposed to this 2-hour torture session made me change my mind. The Exorcist has been hailed as one of, if not the best horror movie of time, a ground-breaking movie in both its raw horror and special effects. And for good reason: Imagine yourself in 1973, in a time when curse words weren’t allowed on ANY TV, and most horror films were still being made in the same 1950’s and 60’s classic format. Here comes a movie that shows a little girl possessed by the devil, cursing, screaming sexually-explicit comments to a priest, spewing green vomit and stabbing herself with a crucifix in…well, just see the movie. It’s shocking even today, and what’s more, it’s well written and very well acted. The movie has a great rhythm too, where the horror scenes ebb and flow perfectly to keep you surprised and in suspense.

6. The Others, 2001 (with Nichole Kidman) – A newer movie, yes, but certainly made in the classic style of ghost movies. Perfect lighting and creepy characters add to the atmosphere of this flick. Kidman’s acting is perfect for the role, and the movie keeps you guessing until the last few minutes. It is obvious that the director was inspired by the number one movie on this list, as he has borrowed some elements and ambiance from that flick, down to a very near…but somewhat reversed seance (you’ll have to watch both movies to know what I’m talking about).

5. Night of the Living Dead (the original, 1968) Another that may have made the “In its own category” list, but I decided to add it here because there have been so many remakes and sequels. The newer versions may be bloodier and have better effects, but for pure creepy factor (from both the dead and the living), the original is the one. Shot in black and white, it somehow seems more real than the color versions. Add to that, this movie was shot during the height of the civil rights struggle, and has a black man as the lead character, interacting with a young white girl, and older white man, and of course, zombies. The interactions and the courage of the man are classic.

4. The House on Haunted Hill, 1959 (Vincent Price) – I should probably list all Vincent Price movies as “must see”, but I’m sticking to 10 here. This is one of the creepiest horror movies ever, and just when you think it’s turned into something corny and poorly made, it comes back at you with a fantastic twist. Black and white and cool all over.

3. The Uninvited, 1944 – The scariest and saddest classic haunted house/ghost story, on par with number one on this list. To have a truly scary movie, you need a truly spooky haunted house (how about a gothic mansion on the English coast?) and a sad, depressing story for the ghost (I won’t give that away). Add to it great acting, cool effects and a tall cliff, and you’ve got a winner. 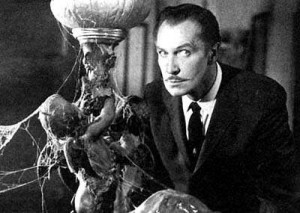 2. The Shining, Jack Nicholson and Shelley Duvall, 1980 – Stanley Kubrick’s mind-screwing masterpiece. When you watch this movie for the first time, you think, “wow, that was scary, and a little confusing. I wonder what … meant,” and you go about your business. Days, months, even years later your nightmares are filled with bloody twins and REDRUM and you go back and watch the movie over and over to find out just what it is that makes it so incredibly haunting, mystifying, and downright terrifying. Well, I won’t give it away here. You’ll have to learn for yourself. Suffice to say, Kubrick knew exactly what he was doing, spent over a year editing the movie himself, and snuck in zillions of little bits in the sets, dialog and soundtrack that are made to totally screw with your head. For me, it meant 25 years of watching the movie over and over again, slow mo, fast forward, until I started catching some of the things that make it so surreal. Googling the movie reveals that hundreds of others have done the same thing, and have gone as far as publishing books on it. Crazy stuff. Watch the movie first, if you’ve never seen it, then look it up online. Your mind will by fully blown.

1. The Changeling, 1980 (George C. Scott) – The other nine movies in this list can go in any order, but for me and millions of other, The Changeling is the quintessential ghost story. Like The Exorcist, the plot centers around a young child – one who has been dead for over 70 years, and haunts his old home in Seattle, WA. A Gothic style house with many secrets, strange banging every morning at exactly six a.m., visions in the tub and the absolutely creepiest, scariest, rip your heart out and your mind to shreds spirit voice ever recorded on tape set up a ghost story like no other. The iconic scene where the red ball bounces down the stairs has been copied or hailed to in a dozen other films. The seance scene is so freaky, so real, that it inspired two generations of film makers and ghost hunters. In fact, it is this seance scene that is nearly duplicated (although not quite) in The Others. The film also features Scott’s wife, Trish Van Devere, conjuring chemistry which adds to the realism. This was also one of Melvin Douglass’ last films.

Well kids, that’s the list. Plenty of time to watch them all before Halloween. As a bonus, I’ll rattle off a list of must sees in addition to the ten.