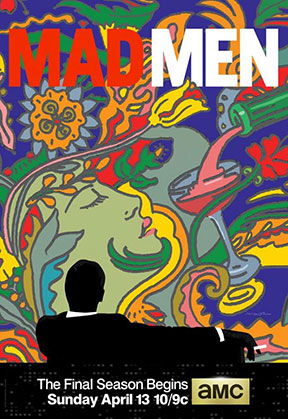 Tonight starts a bittersweet journey through the final 12 episodes of MAD MEN, arguably one of the best dramas ever to be transmitted over the airwaves. Sweet, because we get to enjoy another season of Don Draper bulldozing his way through life. Bitter, because it’s the last time we’ll get to enjoy Don Draper bulldozing his way through life. And to make it a little more bitter, AMC has decided to split the season in half: Six episodes will be aired this year, with the remaining six to be aired sometime next year. (Era-appropriate note: Cold war era audiences would not stand for such nonsense, as it was never a given that there would be a “next year”.)

Matthew Weiner has given us a tiny glimpse into the very end. He recently told The Hollywood Reporter, “What has really been the pressure this year, no matter what happens, is that these people are going to end this season frozen in time. That’s the last time we see them.”

But let’s not dwell on the impeding end. Let’s talk about how we can celebrate this fantastic piece of yesteryear, right now, in the present. So here are some Tiki Lounge Talk suggestions on how to make tonight’s premier a little more fun, and a little more exciting.

Cocktails (of course): Martinis, Manhattan, Screw Drivers…the most popular drinks of the 1950s were also very popular at the end of the ’60s, but there are a few new ones that you can add to your menu, including…

The Emma Peel
The tough honey from The Avengers TV series earned her own cocktail. Just add a cherry to a champagne flute, mix 1 oz chilled cherry brandy and 1 oz chilled pineapple juice and top with champagne.

The Hippie Cocktail
1 oz. Gin, 1 oz. Peach schnapps, 0.5 oz. dry vermouth, 1 tbs. Grenadine, 3 oz. Ginger ale
Put a half lemon wheel, half lime wheel, half orange wheel in a large old fashioned glass, and half fill with ice. Mix it up so the fruit is suspended in the ice. In a shaker add all ingredients except the ginger ale, with ice. Shake and strain into the glass, top with ginger ale. Garnish with a daisy.

Dinner: TV dinners were as popular as ever in the late 1960s…possibly even more popular than the ’50s, as more people watched the tube and had less time to cook. I wonder if any of these still come in tinfoil trays?

Attire: This is a big event, so you should be dressed for the occasion. Resist the temptation to throw on ripped jeans and a tie-died t-shirt. Believe it or not, people were still dressing up in the late 1960s. Most restaurants wouldn’t allow gentleman to dine without a jacket and tie, and many frowned upon pantsuits for the ladies. Business attire still meant black, blue or gray conservative suits for the men (even if they could get away with some colorful, double-breasted, wide-lapeled beauties at the track) and long dresses or skirts for women. Of course this was also the heyday of the Mod era, so if you’ve still got that Austin Powers costume you bought in 1998, break it out! 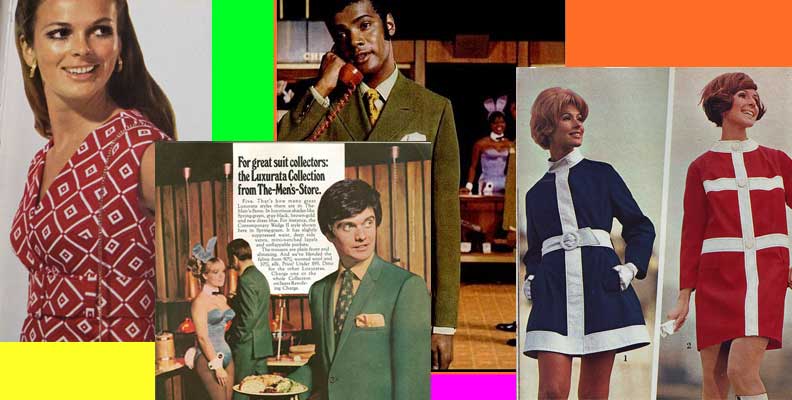 Snacks: After the TV dinner, you’re going to want some ’60s style snacks to get you through the rest of the hour. If you want to be era-accurate, you just have to stick with the traditional things: Plain potato chips, corn chips, mixed nuts, homemade onion dip, melted Velveeta and salsa dip, Doritos (invented in 1964) and pretzels. Stay away from anything too modern like Bugels, or things that promise “extreme” flavors…although it was an era of extremes, they never called it that.

For more reading, there’s a good, non-spoiler article on the Mad Men Season 7 Premier at The Hollywood Reporter.