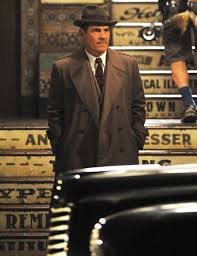 Once every few years a new mid-century period movie comes out that has the perfect blend of nostalgia, wit, and entertainment. Here it is, kids…

(NO Spoilers, just some fun facts)

I won’t go into the basic idea of what the movie is about…you can read about that anywhere. I’m going to tell you why, as one who digs mid-century coolness, you will dig this movie and need to see it on the Big Screen.
“Hail, Caesar!” takes place sometime around 1950-51, and is set in Los Angeles (after all, it’s a movie about the movie business). 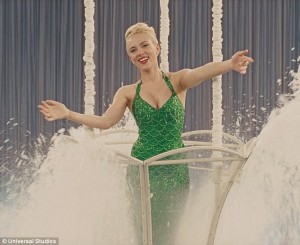 So here we are, transported back to the early 1950s. Now you might expect the movie to hit us over the head with imagery and symbolism of that era. Well, the Coen Brothers (The Big Lebowski, No Country for Old Men, Fargo, The Man Who Wasn’t There) are too good to resort to that kind of shtick. They have their own brand of shtick, and it’s subtle…it’s in the spoofiness of the whole thing, and how every scene is shot in such a way that it reminds you of another movie, one from the actual era.

The movie starts off in a timeless way, then before you realize it, the nostalgia bits are added in and multiplied. These start out small (an actress taking “dirty pictures” (read: full but skimpy clothing) in the middle of the night, a meeting at the Imperial Garden (“They have the best Mai Tai’s here), and time-establishing shots of Brolin’s wristwatch, which looked like it was probably from the 1930s.

From there the Hollywood spoofing takes center stage, with incredibly fun scenes that mimic some of our favorite movies from the 1930s, 40s and 50s. These scenes include an aquatic dance number complete with mermaid (think Ester Williams), a cowboy guitar & song (Gene Autry), and a fully-executed sailor dance number that would have fit right in to “On the Town” (well, most of it). Watching that sequence featuring Channing Tatum, all I could think was, Gene Kelley and Frank Sinatra are looking down and laughing their asses off. Well done.

And then of course there’s George Clooney’s character, they typical big star, a playboy and the kind of 1950s actor who could bring tears to an audience with one line. Also, not so bright, and easily influenced, which helps carry the main story line to a really fun and cool ending. I applaud Clooney for taking this role, and he was fantastic in it.

But the real juiciness it that dotted throughout the movie is pretty much EVERY possible nod the era’s nostalgia and movies of the time, including:

A mid-century modern Malibu house overlooking the ocean (compete with bar)
Close-up of the Cadillac nameplate on the chrome dashboard of the car
A lasso-wielding singing cowboy who does his own stunts
4-button multiline telephones
Vaudeville/slapstick comedy (where you least expect it)
Hollywood cover-ups (I won’t spoil it)
Communists
Russians
Carmen Miranda-ish character
Twins routine
Dance routines out of nowhere
Actual songs from the era, as background music
Romans (of course)
Black and White “artsy” movie within the movie, with odd camera angles
Over-dramatic, high-society type director who is incredibly serious about his musical
“Epic” movie splash screen
Backlot shots of Roman columns next to modern cars
Stars who’ve had multiple marriages
The future of aviation (Lockheed)
The future of TV replacing movies
Intellectuals sitting around discussing things but not taking action (until they take action)
Cool Chinese Restaurant/Almost a Tiki Bar
Cocktails
Cigarettes
Finger Sandwiches
1950’s Housewife (with a line to her husband something like “You know what’s best”)
One of those old lawn chairs with the plastic webbing
Hoover
Atomic Bomb
Snoopy reporter
Panel van
Old movie cameras
Alligator-skin briefcase
Dailies complete with cards that say things like “Big Credits Here”, 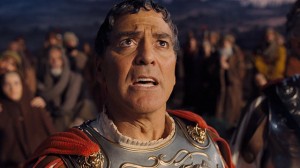 …and probably a whole lot more I can’t remember, as there’s so much going on it’s impossible to get it all in one viewing.

The Ester Williams-style number is incredibly fun to watch, as is Tatum’s dance routine (I like that the movie gives us full numbers, not just a 15 second snippet). Even the cowpoke’s song is a hoot.

So, my recommendation…It’s a great movie, fun plot, exceptional characters, the right amount of nostalgia without it being obvious, unbelievable dance numbers, and laugh-out-loud comedy, plus visuals that will make you wish you lived back in 1951.