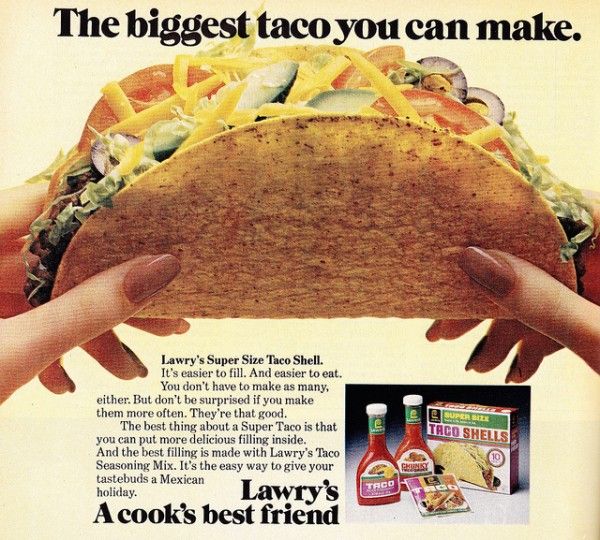 On a random thought, and today being Tuesday, I decided to Google the origin of “Taco Tuesday”. I assumed I’d find a few dozen guesses on social media and question/answer sites, with things like “Taco Tuesday was invented by my friend Phil one Tuesday night when we were drunk and went to Taco Bell”.

Surprisingly, I found out that “Taco Tuesday” is actually a registered trademark, owned by the chain Taco John’s. They came up with it in the 80s, supposedly, and trademarked it in 1989.

But this doesn’t ring true to me. I remember “Taco Tuesday” being “a thing” when I was a kid…in the 70s and 80s, in South Jersey. So I did a little more digging. What did I find? That in 1979, 10 years earlier, a restaurant and bar in Somers Point, NJ called Gregory’s (near Atlantic City, and a place I’d been to more than a few times) trademarked “Taco Tuesday”. Yep. Taco John’s didn’t make it up after all. It was a corner bar in a shore town in Jersey.

But let’s think about this for a minute…if Gregory’s actually trademarked the term in 1979, wouldn’t that probably mean they’d been using it for a while? I mean, they opened in 1946. And you don’t just come up with a promo like that and say, “Hey! This is going to catch on…I’m spending the dough to trademark it right now” the minute you come up with it…especially when I know for a fact they didn’t enforce that trademark too hard in the ’80s, as Taco Tuesday was everywhere. 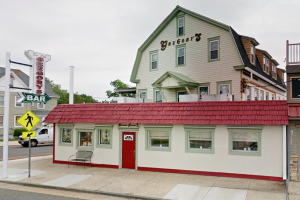 My thinking is that in the history of Tacos and Tuesdays and bars, it seems unlikely that those two, wonderfully alliterate words would not have been put together until 1979. I’m going to go out on a limb and guess that some form of Taco Tuesday was being enjoyed as far back as the 1950s…maybe even earlier.

So here’s what we do at the Pirate’s Cove Tiki Bar on Taco Tuesdays. I’m not even going to pretend this is in any way Mexican. Call it more of a South West kind of thing. With Tequila. 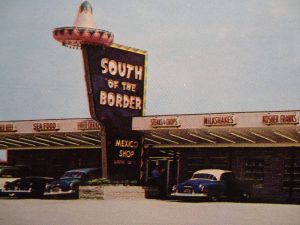 Start with fresh, boneless chicken breast and a very sharp knife. It’s easier to slice if the chicken is partially frozen…just enough to stiffen the meat but not destroy it. On an angle, slice/shave pieces off the breast about ¼” thick. Slice into strips and small chunks.

Heat oil on high in a big pan. Add garlic powder, cumin, ground pepper and salt to the oil and stir lightly. When the oil is real hot, carefully add the chicken, more of the spices, and stir. Then add about ¼ cup tequila. Turn it down a little. You’re going to have to stand there and keep watching and stirring as necessary, as the tequila cooks down. Don’t let it burn.

As the chicken is cooking in the tequila, add more garlic powder and cumin. Keep stirring. When it’s cooked down, turn down the heat and add the taco seasoning.

Note: It’s easiest to use pre-made taco seasoning, or you can make your own. Because I’m too lazy to go into all the detail of what’s in mine, just use your own or get a packet of Old El Paso. Oh, ok fine…I use garlic, paprika, cumin, oregano, chili powder, chipotle powder, salt and ground pepper.

Add a little water with it, a few teaspoons at first, and stir. Then add some more tequila until it looks like taco meat should look. Let that cook on low for a while…at least 15 minutes…stir it a lot and add more tequila as necessary. You have to let it cook long enough for the tequila to infuse.

Your final result should be chicken in an almost paste-like base. You don’t want this to be too watery. 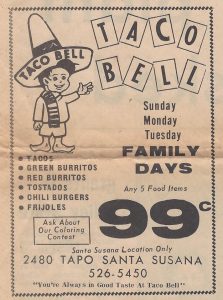 Heat your soft or hard tacos and pile them up with the chicken, lettuce, tomato, onion, chives, pico de gallo, sour cream, or whatever floats your boat. Serve with refried beans, cheesy Mexican rice and fried Mexi-Corn. Yum!