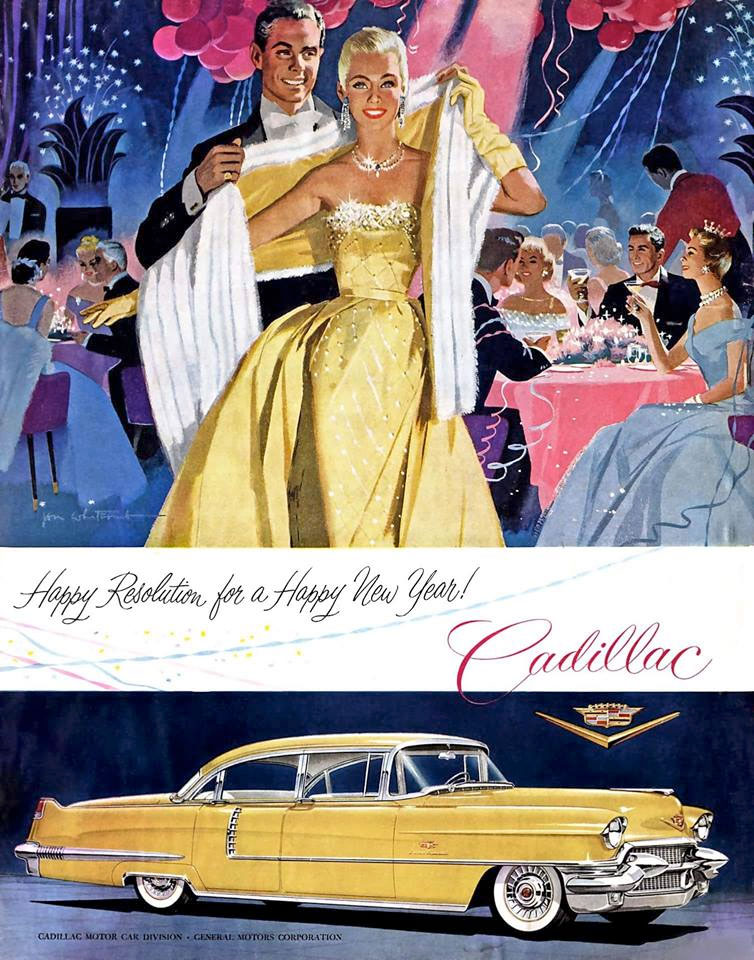 Imagine how exciting it must have been to see Guy Lombardo live, in person, sweetly swinging in the New Year in New York City.

Or dancing the mambo in Miami to Xavier Cugat and his orchestra.

Picture driving up to the Copacabana in your new Cadillac, complete with Air-Ride and Autronic Eye automatic headlights. You slide across the gold brocade seats in your tuxedo or gown and hand the gold keys to the valet. In minutes you have a martini in your hand as you glide around the room to the sounds of Harry James or Stan Kenton, The Glenn Miller Orchestra led by Tex Beneke, or the sophisticated sounds of Lester Lanin.

At midnight, the champagne corks pop and the lighted ball comes down in Times Square. You kiss your sweetheart as the band plays Auld Lang Syne, then transitions into a Cha-Cha version of Cherry Pink and Apple Blossom White.

After an hour and four more martinis, you take a cab down to the jazz strip, where you catch John Coltrane jamming with Max Roach and Maynard Ferguson, who dropped by to riff a few solos. Louis Armstrong makes a surprise appearance and everyone goes crazy. This round’s on the house!

Maybe you’re in LA or Fort Lauderdale, so you take a 4-am stroll on the beach, toasting the ocean and the new year. Then it’s to the after-hours club for a night cap, while the local quartet swings until dawn, taking requests for everything from Satin Doll to Drumboogie.

The diner opens at six, and you’re eating eggs and waffles in your tux or gown while trying to remember where you left the car. A pot of black coffee later, you realize it’s at the Copa. Let it stay there for now. The New Year is here, and it’s finally time to finally get some shut eye.

-Tiki Chris P, reporting from the big band dance club in my dreams.

One Reply to “Happy New Year from Tiki Lounge Talk!”