So another Fourth of July is here, and that means that 200 and something years ago our fathers got drunk on mulled wine with little umbrellas in it and decided to start a country. They probably should have started with something smaller, like maybe a country club, but I guess it all worked out in the end. 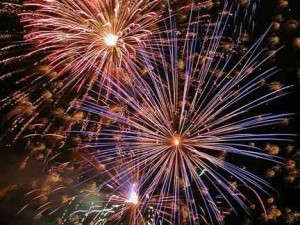 Here in Florida the 4th of July means fireworks. Everywhere. They sell them on the side of the street, and I don’t mean the little cherry bombs, I mean the big Chinese ones with a bunch of warnings you can’t read because they’re all in Mandarin and there’s pix of dragons on them belching fire and burning little villages down. Those ones.

One of the thing I hated about living in the North East (Jersey) was their aversion to fireworks (or pretty much anything fun, for that matter.) I remember one year, late 80s or early 90s, Atlantic City BANNED Fireworks (the professional ones I mean, not just bottle rockets) because some yahoo got his hand blown off the year before. Imagine that, the World’s Playground not having a city fireworks display because some misguided, power-drunk fire marshal got to have his stupid way. Donald Trump fixed that a year later by throwing a ton of dough at the city and the media, and getting the decision reversed. He the paid $1,000,000 to have his own private fireworks display shot up off the end of Ocean One Pier in Atlantic City. Guess who got to organize/decorate for the party? Yeah, me. It was fantastic. There was a steak buffet. Leave it to The Donald to have a steak buffet.

Boy, what a digression. Anyhoo, we’re celebrating the weekend (trying to) by hitting the Mai Kai tonight for drinks. They’re having half-priced drinks 10- midnight if you order Seven Tiki Rum. Tomorrow we’re planning on hitting Fort Lauderdale Beach for the “Ford of July” Spectacular. (I’m not making that up. Ford is sponsoring it. Ford of July. Washington is spinning in his grave. After all, he was a Chevy man.)

After the beach we’ll probably hit a diner for an All-American hamburger. What better way to celebrate freedom, huh?

I know when we get home the street will be so filled with smoke from home fireworks that we’ll have to crawl along to get to the driveway. Seriously, fireworks are supposed to remind us of the cannon that were being fired during the Revolutionary War. Well, with the booms, lights, smoke and smell of cordite in the air yeah, it’s kind of like the outskirts of a war zone. But fun. Kind of odd, especially if you’re a vet, huh? But I digress again.

Anyway Happy Independence day to all you swinin’ kats and kittens. Thanks for dropping by the Tiki Lounge! Hey, if you dig it here, check out the Retro Tiki Lounge on Facebook. Kool videos, comments, info and more daily.

See you at the bar. -Tiki Chris for the Tiki Culture Blounge

One Reply to “4th of July, Tiki Style”