Sometimes in Florida, in the summer, it’s just too darned hot to do anything. Today we got up at two in the afternoon. Believe that? Krrr-azy.

I had a whole day of fun stuff planned. But all I accomplished was starting up the 53 Chevy, and buying limes, mint and 10 Cane rum to make Mojitos. Of course I was too lazy to make the Mojitos, so they’re on deck for tomorrow.

You kids know I don’t usually write about silly stuff like doin’ nothin’. But this was such a relazy day I just had to do something of interest, hence this post. So, to make it interesting, here’s a joke, and a funny photo of a kitten.

A sea captain walks into a bar. He has a ship’s wheel attached to his belt. The bartender says, “Hey, ain’t that kind of annoying?” The captain says, “Arrg, yeah, it’s drivin’ me nuts.” 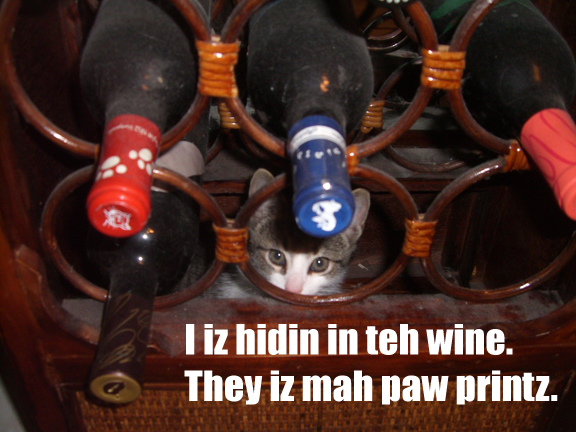