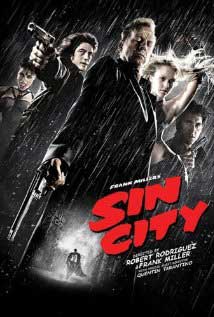 Every once in a while a kool new flick comes along that gives us a taste of yesteryear with the hard, tough and uncensored edge of today’s film making. One such flick is

If you haven’t seen Sin City, I highly recommend it. We’re talking about a fantastic mix of real, old-style Noir/pulp fiction infused with modern digital effects and contemporary shooting. Director Robert Rodriguez (Machete, Once Upon a Time in Mexico, Grindhouse) digs down deep into the dark and nasty side of human nature, bringing to life Frank Miller’s graphic novel of twisted maniacs, sexy hookers and debaucherous lunatics.

The movie, in true Noir fashion, is filmed in black and white – with modern splashes of color added in for a stunning visual effect. Artsy camera angles and lighting perfectly frame every shot. Multiple plot lines converge, and the action is pulled off with finesse. 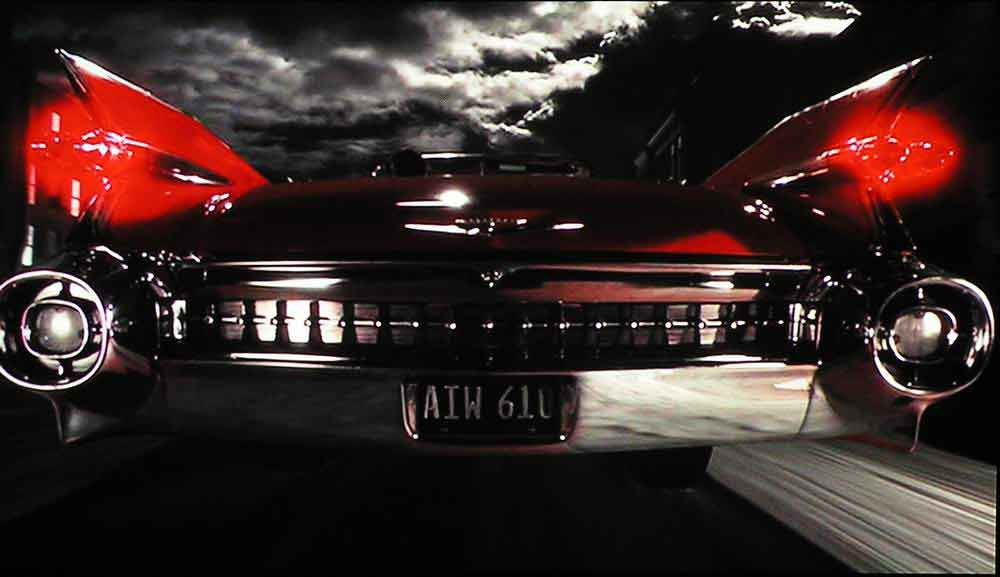 The really funny thing is that most of this movie was shot in front of a blue screen, with digital effects added in post production. There is a very good balance of realism and artistic graphics, giving you the sense that this really was taken from the pages of a graphic novel, and exists in a strange underworld where prostitutes carry machine guns and blood can be yellow. 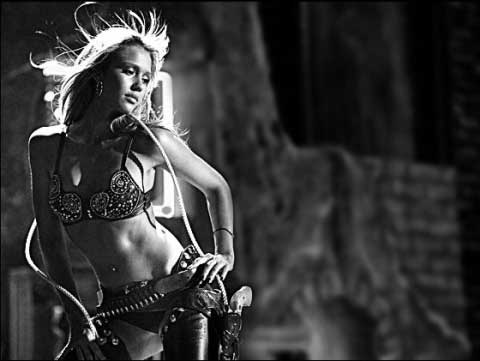 This flick strays from the old-style Noir thrillers in that it contains much more graphic violence, sex, nudity, and language. Nothing is held back. Where the subtleties of mid-20th century Noir suggested violence and sex, this reel throws it in your face. Not necessarily a bad thing, but some kats might find this over-the-top style a little too much. Either way, you should check it out.

The cast is built with stars all over the place. Bruce Willis, Jessica Alba, Brittany Murphy, Rosario Dawson, Mickey Rourke, Rutger Hauer, Micheal Madsen, Clive Owen…there’s a star, a gun, or a bucket of surrealistic blood in every scene. 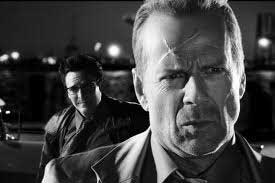 The story lines are pretty interesting too…not as deep as a Hitchcock thriller, but then again this movie is all about the imagery. An interesting note is how Bruce Willis’ character has a monologue at the beginning of the movie, and mirrors it at the end as his story comes full-circle. Damned good writing. 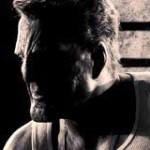 Food & Booze: To go with this Neo-Noir black and white with a splash of color theme, I’d suggest blackened chicken or steak over Fettuccine Alfredo, with diced red peppers and tomatoes. For the drinks, Black Russians and White Russians, or maybe a Black And White Martini…3 oz good vodka, 1 oz creme de cocoa, shaken (not stirred).

My Take: If I were a film maker, this would definitely be the kind of movie I’d want to make. The only thing I might do different is throw in a supernatural angle, a little paranormal fun to the mix.

The book I’m currently working on, “Murder on Tiki Island” would make a great screenplay to be produced in this style. It takes place in a mythical Tiki Resort in the Florida Keys in 1956. I could just see the characters in black and white, with the red flames from the Tiki torches dancing in the background. Who knows…maybe someday.