Are you ready for MAD MEN? 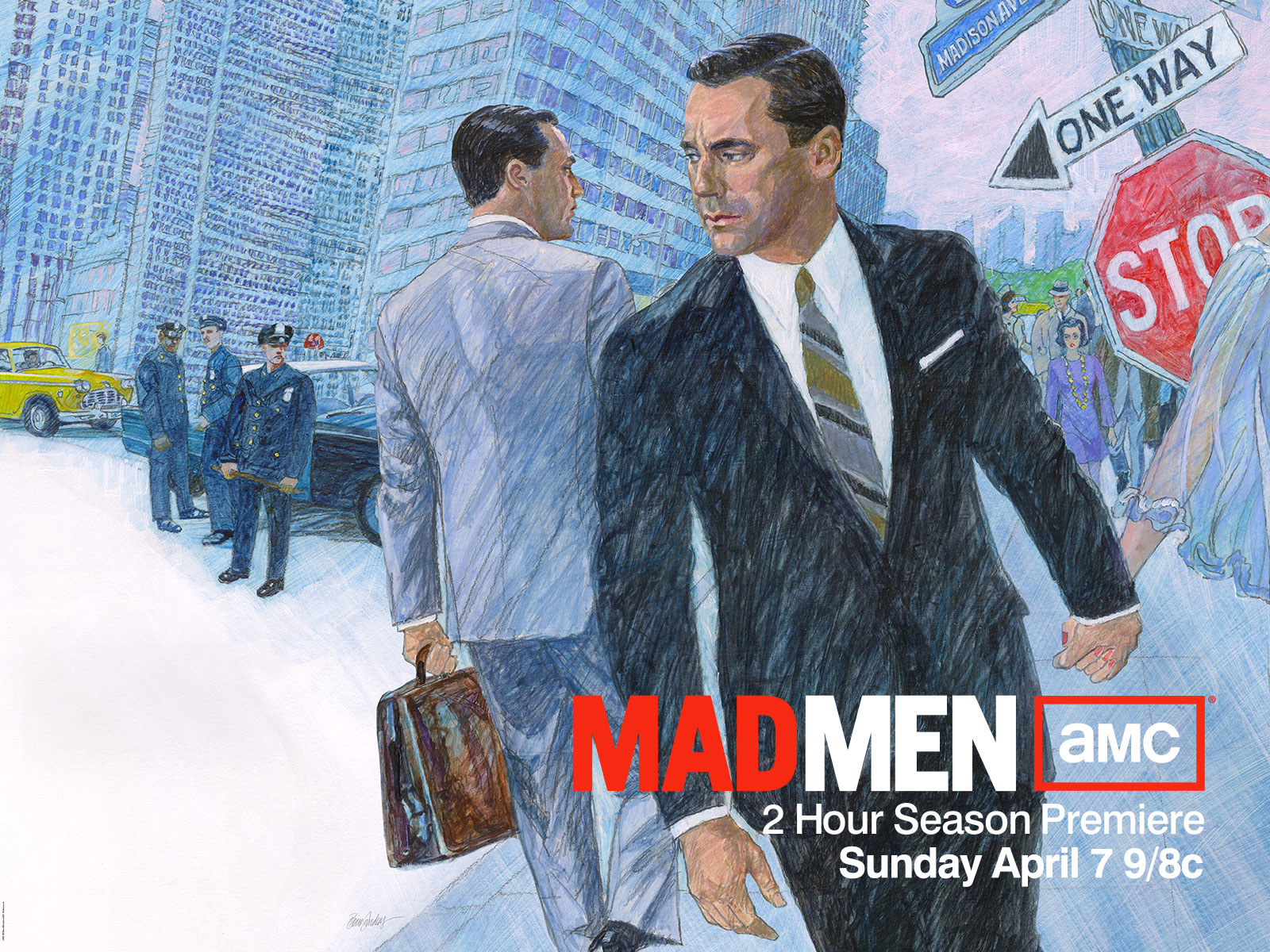 Wow…we’ve been waiting and waiting, and finally it’s here: MAD MEN Season six, where we (may or may not) find out whether Don has been faithful to Megan, where Peggy ends up, and how the agency goes on in the wake of Lane’s departure.

But what we’re really looking at is this poster.

Man, does this thing WREAK of late 60s-into=the=70s style or what? I feel this is an omen…actually a blatant sign that the MAD MEN that we’ve loved for the last several years is done. We’re in a new era, moving away from thin ties and bachelor pad music and easy chicks who waited on men as pretty servants, to the era of social unrest, acid rock, outrageous fashion and liberated women.

Assuming this season kicks off in 1967 (or possible 68), we’ll probably see longer hair on the men, shorter hair on the women and the widening of ties and lapels that will eventually look like men are wearing paisley bibs. This is a different part of American pop history and culture…innocence gone, tailfins on cars gone, jazz and big bands gone. It’s the era where “good” music is defined as music that sounds good when you’re high, when putting curse words in movies makes them “hip”, and when teenagers lived like there was no tomorrow because, it was factual, with the draft and the Vietnam war, there very well might not have been.

Boo hoo. It’s a drag, but the show has to progress. It’s how it’s always been, jumping a year or two each season. Hell, it started in 1959…the figurative “beginning of the end” of the mid-century pop era. But we’ll watch, and we’ll love it, even if Don sports a mustache, sideburns and a green velour sport jacket. Remember, this is the era where “Midnight Cowboy” one best picture, even with an X rating. The era when Martin Luther King Jr. and Bobby Kennedy where gunned down. The era when Nixon became president, and Jimmy Hendrix played the Star Spangled Banner on his electric guitar. Frank Sinatra and Elvis both made “comebacks”. Crime in New York was at an all time high, poverty was crushing our cities, Fort Lauderdale was known for Spring Break arrests and Miami was mainly a retirement community. The “Hollywood” sign was in grave decay, and no one cared. And we were only a few years away from Disco.

Oh, and about that poster: Doesn’t it remind you of some of the old TV Guide covers from 40+ years ago? It should, it’s been created by 75-year-old illustrator Brian Sanders, who created a lot of advertising artwork from the era.