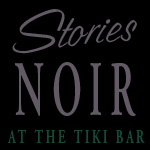 It wasn’t the tight black leather skirt and sleeveless top that told me she was trouble, it was the tattoos: one on each arm, a blonde stripper on the left and a brunette pin-up on the right. She sat next to me at the bar with an unmistakable combination of 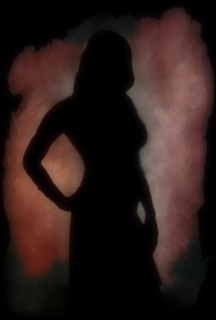 femininity and attitude that oozed ‘yeah, I’m exactly what you think I am, lucky you, maybe’.

“That your ’49 out there? she asked in a voice laced with a dozen years of nicotine, looking past lil’ ole me and out the window at the chopped and channeled ’49 Buick hot rod.

She slammed a shot of Wild Turkey, then shot me a look straight in the eyes that made me melt 50 times over, leaned in close and whispered slow, “What’dya got under the hood?”

Hypnotized by the rock ’n roll dancing in her eyes, I gave her back the bare minimum, “455 Wildcat,” and torched a couple of Luckies. She snatched one out of my mouth without taking her big browns off of mine, then hopped off the bar stool and shimmied out to the car…and I of course followed. 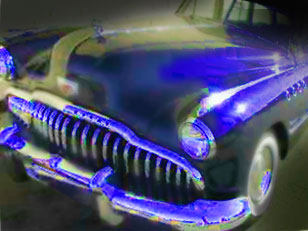 With that pole-dancer grace she slid her hand slow and nasty along the gloss-black fender, her hips swaying nice, rocking to some far-out music deep in her pretty little brunette head. She tried to play it cool but she gave away a look that told me she was impressed, so I hit the remote that popped the door open, moved in a little closer and said low and cool, “Go ahead, park it in the shotgun, I’ll take you for a spin.”

She moved in even closer…real close…so that those big brown eyes with a little red in the corners were damned-near touching mine, and whispered, “I got a better idea, let me take you for a spin,” and I knew she meant that in more ways than one.