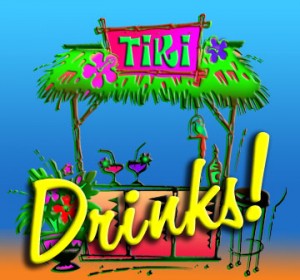 This recipe first caught my eye because I thought it said “Frozen Summer Lush”, which would have completely described a chick I knew back in my college days. Anyhoo, I thought we’d go for a thirst-quencher during this blazing hot summer weather. (Sorry to you people down-under where it’s winter). 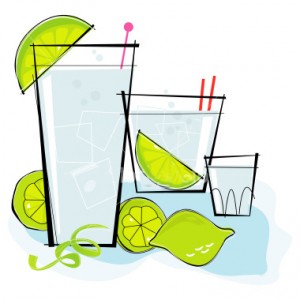 I found this same recipe on several sites so I don’t know who to give credit to for inventing it. Apparently many people are making this claim. Then again, I recently saw a T-shirt company who was claiming to have brought Tiki Culture to southern California. Recently. Like, uh, dood, get your head out of your

As for me, I think I’ll say I brought Tiki Culture to South Florida. I’ve tried this claim on twitter and got wildly mild support. So yeah, ME, I did it. Not the guys at the Mai Kai, not the Mermaids at the wreck bar, not Elvis in Clambake, lil ole me has created the Tiki Ferver in South Florida. There.

Huh? The drink? What drink? Oh yeah, the recipe. Sorry, already knocked back a few. 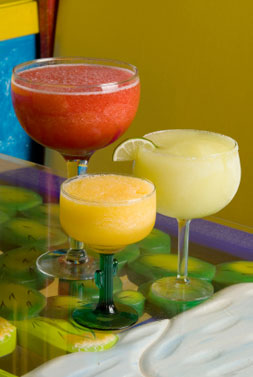 How to concoct it:

Put the seven cups of water in a saucepan, and boil it up. Throw in the sugar and stir it in until dissolved; set aside to cool.

Now put the teabags in two cups of (more) boiling water, and let steep until the bags scream “let me out!”. In a large bowl, mix together the sugar water, tea, lemonade concentrate and orange juice concentrate. Take a sip of gin from the bottle. If it tastes good, Stir in gin. Take another sip just to be double sure.

Put the mixture in a freezer container and freeze overnight. To serve, scoop some into a tall, kool glass, and fill it up with club soda. mmmmmm. good stuff.

2 Replies to “Weekend Cocktails at the Tiki Bar: The Frozen Summer Slush”