I’m saving our weekly Mod Movie Monday for Wednesday this week, in order to post something for Pearl Harbor Day.

First of all, let me take this opportunity to thank everyone in the armed forces, past and present for keep America safe and strong.

It kills me that some kats don’t know what this day means. It’s like not knowing what 9/11 is, or Martin Luther King Day.

It’s the day that America said, “We’ve had enough.” It’s the day America realized its strength, and began building on that strength. Building airplanes, building ships, and building the strongest, most powerful nation in the world.

It kills me that so many people have forgotten the lessons our parents and grandparents learned during the Big One. It kills me that people don’t even realize that we are at war today, and that thousands of brave men and women are fighting and dying to keep this country strong. 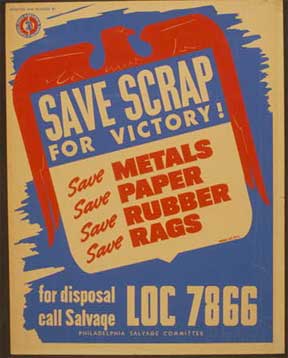 You couldn’t buy a new tire in 1945. For that matter, you couldn’t be a new car. Things like butter, milk, and gasoline were rationed, and when your ration card ran out, you stayed home and ate canned beans. You donated anything you could to the war effort, because you knew if you didn’t you’d be speaking German and listening to um-pah music instead of Duke Ellington. And all that made America strong, made America beautiful.

I had an uncle in Pearl Harbor. My Grandfather built ships in the Philadelphia Navy Yard. I had another uncle who was a medic in the Navy and one of my family’s best friends when I was growing up had lost both of us legs and most of his fingers to a land mine in France. They were heroes, as are the people of the armed forces today, and the millions who support them. We may not like war, but we know sometimes its necessary to keep our freedom.

I’ve never served in the military. My uncles and grandparents and parents fought hard and lived through tough times to make sure I would never have to. I get to enjoy the comfort of my Tiki bar, sitting here typing on a technological wonder that was only science fiction when the first Mitsubishi Zeroes’ bombs slammed into the Arizona. I’m sad for those losses, but I’m grateful for what I have today, because of those tough-as-nails guys that came before me.

-Tiki Chris reporting from the deck of the USS Tiki King, somewhere in the Pacific.