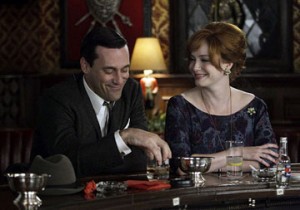 For the cocktail recipe only, skip to after the video.

It seems like just yesterday the 5th season opener of our favorite Noir drama “MAD MEN” finally opened, after going dark for (what seemed like) 10 years. Now just 13 weekends later, the final episode of the season hits the airwaves Sunday night.

It’s been a wicked season, kats & kittens. From Campbell pimping out Joan to Lane’s suicide, this season (set in 1967) has surely been the most violent. This is no coincidence; dig it:

Season one was set in 1959. By today’s standards, that was considered a more “innocent” time. The characters’ major source of drama was drinking, cheating on spouses and trying to get ahead in life. Accidents happened in the early seasons…Don’s car accident, Kinney running over another account man’s foot with the lawn tractor…and there was even Don’s brother’s suicide. But Don hardly got scratched in the accident, the AE from England was a minor footnote (pun intended) and Don’s brother, although unexpected, was not nearly as sad as the Lane Pryce story arc. I’ll go even further to say that the diminishing relationship between Don and Betty may have been messy, but never came to violence. 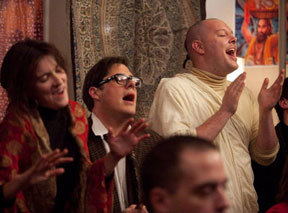 Fast forward to season five, and we have Pete Campbell getting his lights knocked out in a fist fight with Lane, Joan being manipulated into what was essentially a paid rape, Don and Meghan getting very physical (and mildly violent) during arguments that end with rough sex, and of course Lane’s self-destructive path of embezzlement leading to his (very unnecessary and very sad) hanging in the office.

I said this is no coincidence. Matthew Weiner and his group of writers know exactly what they’re doing…you all know that. Every line of this show is carefully crafted to set up the next action or chain of events. And there are many parallels in this show, one of which is how the lives of the characters parallel the times in which they exist. Where 1959-1963 may have been considered an “innocent” time for America, the assignation of President Kennedy was the turning point, the catalyst that set the country into the social downward (or upward, depending how you look at it) spiral of the mid to late 1960s. As the decade became more violent, so does the show; if next season begins in 1968 we’re sure to see even more violence and character selfishness as the events of Dr. Martin Luther King, Jr.’s assassination, Bobby Kennedy’s murder, Kent State and the escalation of the Vietnam War come to pass. Hopefully, and probably, the writers will add in some of the era-specific spice that we love the show for. I can certainly see Meghan going full-out British Mod, and I don’t think Don will have a problem with her wearing white knee-high go-go boots. 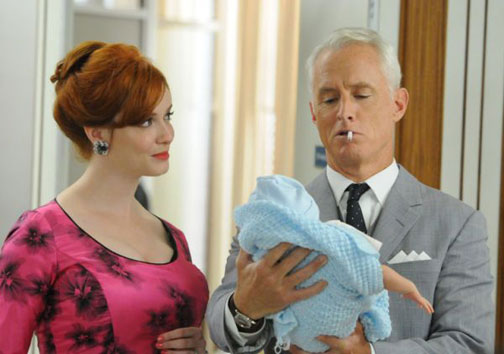 A note on Lane Pryce, Jaguars, and agency partnerships: 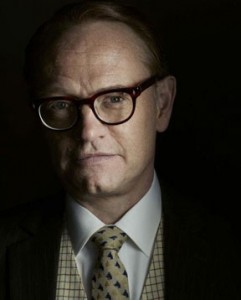 I watched the episode several times, as I usually do. On the second time around I caught something small, but what I believe was the straw that broke Lane’s camel’s back: When he asked his wife where she got the money to buy the Jaguar, she said she wrote a check. Remember, it took several days for checks to clear back then…so, I thinking, the money she spent on the Jaguar was the money Lane “borrowed” from the company. She spent it before he could pay off his taxes, meaning he embezzled the money, lost his job and his self respect for nothing.

And those Jaguars…as beautiful as they were, they truly were known to spend more time in the shop than on the road. I knew a few people in my life who dropped 350 Chevy engines into those old Jags and never had another problem.

Oh, one more thing: In the episode where Don and Joan go to the Jaguar dealership, I wonder how many of you noticed that the burgundy XKE, the flesh-tone sedan and the light beige Salon were all 1960’s Matchbox toy car colors? I did 😉

Here’s the finale trailer, “The Phantom”…not the Mad Men trailers give anything away, but here it is anyway…

And Now, Your Weekend Vintage-Tiki Cocktails

Since many of you will have friends over for the Season Finale, I’m giving you three easy, original vintage recipes that you can concoct in a hurry!

For each of these, throw everything together in a shaker with ice and shake it up until the outside of the shaker is nice and frosty. Strain into a cocktail glass and garnish with cherry (and a fresh pineapple slice for the Hawaiian Cocktail).

Shake ingredients together in a shaker with ice and strain into a highball glass with two ice cubes, then fill with club soda or seltzer, or better yet if you have it with carbonated water from a vintage seltzer bottle. Garnish with a lime wheel.

Have fun with MAD MEN tonight!

-Tiki Chris, reporting from the bar at Tiki Lounge Talk

PS: Last week I got to watch MAD MEN along side Will Viharo, Neo-Noir author and vintage connoisseur. Will was in town working on turning one of his novels, “Love Stories Are Too Violent For Me” into a movie with none other than Christian Slater. Just wanted to say “Gook Luck Will!”